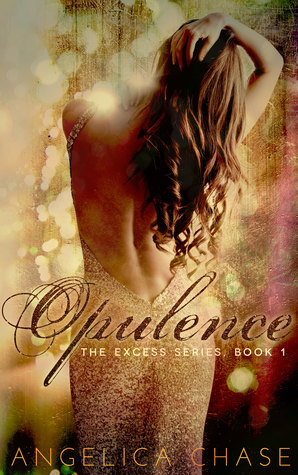 When I was twenty-eight years old, I wrote my own winning lottery ticket. A simple idea thrust me onto the fast track to wealth, and into a world I had only ever dreamt about. I submerged myself in the unfamiliar, a life that seemed all too alluring … until it lost its appeal.

I made my fortune, built my castle, and then exiled myself within its comforts once reality set in.

Far too late, I discovered I was drowning in a sea of hungry sharks. Given the choice to sink or swim, I chose the latter … and it cost me everything.

Devin McIntyre, the most dangerous shark of them all, was the last nail in my naïve coffin. His beautiful smile and amazing cock tainted me in ways I could have never imagined.

I craved him. I needed him. I loved him.

Miserable with the outcome of my prosperity, I set out to change what disgusted me most—the first decision being to rid myself of Devin. Little did I know that taking that first step would make me a slave to a man far more tempting … or that my addiction to Devin would threaten to ruin it all.

“Fucking ride it,” he ordered, digging his fingers into my hips. I took in his lusty gaze as he eyed my bouncing chest. His wavy, dark brown hair glistened with a small amount of moisture from his exertion, sweat trickling down the front of his tuxedo shirt. His dilated pupils were a far cry from the dark blue depths that normally mirrored a stormy deep sea. He licked his full bottom lip as he thrust up hard, making me scream out.
“This is what you wanted,” he chided as he battered me with his cock, pounding it in from underneath me as I whimpered through the intensity of his thrusts. He made use of the leather chair he sat on, using the firm cushion to piston his hips upward and bury his length inside of me. He was beyond a skilled lover, and when Devin wanted to punish you, you damn sure knew it. Feeling him on the brink, I moaned in protest as he pulled out quickly and ordered me to my knees. “Suck me off.” Kneeling in front of him now, I looked up to see him eye me expectantly. Without waiting for me to fully open my mouth, he pushed to the back of my throat as he came in hot spurts, and I choked it down willingly. “So fucking dirty,” he murmured, massaging up and down my throat with his fingertips as his pumping slowed. He pulled out, rubbing the last drop over my lips. “Every drop,” he demanded, pushing his tip back slightly inside my mouth, forcing me to take the last of it in. “Nothing better than you, Nina,” he whispered sweetly, though the words were anything but. The truth was, I hated this beautiful man. I hated that I wanted him so desperately. At one time, he’d meant everything to me. Now I longed for the day I could break free, but I craved him like a drug.
I fed his need for dominance; he fed my inner whore.

OHMYFUCKINGGOD. When I reached the end of this book I began frantically swiping at my kindle while screaming “NO.” There is a cliffhanger from hell. It’s all sweet and innocent looking but means SO.MUCH.MORE. Jesus, Angelica! I’m so ready for book two I could scream.

While the cliffy is enough to make you lose your mind, this story is completely fantastic. Thank you Angelica for giving me a strong woman who has made her own coin, and who *mostly* doesn’t give in on demand. I’m hooked on this series.

The book begins with a dirty, filthy bang and it only goes up (down?) from there. In case you couldn’t tell from the blurb, Devin is a fuckface, but Nina can’t seem to get out of his grip. The man has crawled under her skin like a bad infection.

Nina’s wealthy by her own making and she’s fallen into the shark invested waters of the rich and classless. She’s come to a point in her life where she’s not sure if she wants to cut off the fin she’s been growing and make a new name for herself – one that doesn’t involve social clubs and fake smiles.

Dirty talking, dirty fucking, and the entrance of a good man (who can also do both of those things with skill) had me at the edge of my seat. Will Nina begin to make the right decisions for her life?

Angelica crafts incredible stories that make you forget that you’re reading a novella – UNTIL YOU CAN’T FORGET BECAUSE THERE ARE NO MORE PAGES. I’m counting down the moments until Reverence comes out. You want this series – you need it.