“This book had me at the edge of my seat and I couldn´t put it down. It has everything, steamy sex, heart break, humor, drama and love.”

Baseball superstar Dante Lamonte is a broken man. Reeling from the horrific double murder that took the lives of his pregnant fiancée as well as his best friend, he drowns in alcohol and sex, but never finds relief.
Becca Hernandez is a sweet girl with terrible luck with men—and worse luck with sex. Her one-night stand with a man who is way out of her league was also totally out of her character. Dante took her out of her comfort zone… she loved everything he did to her, but she knows nothing can come of it.
When their paths cross again, they can’t resist each other. One night of passion turns into much more, but they struggle to get through the bases of this new relationship. Dante’s demons may destroy him, and when details of their less than vanilla night are leaked to the press, Becca stands to lose everything—her job, her reputation and Dante. Love may be their only salvation.
THIS IS A STANDALONE. 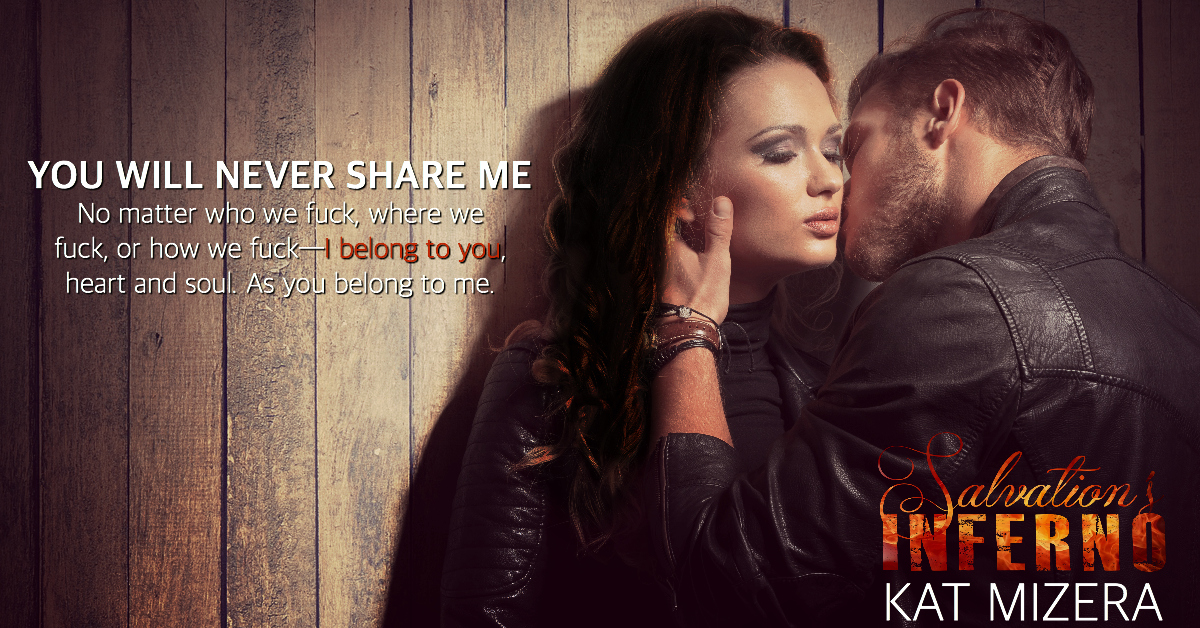 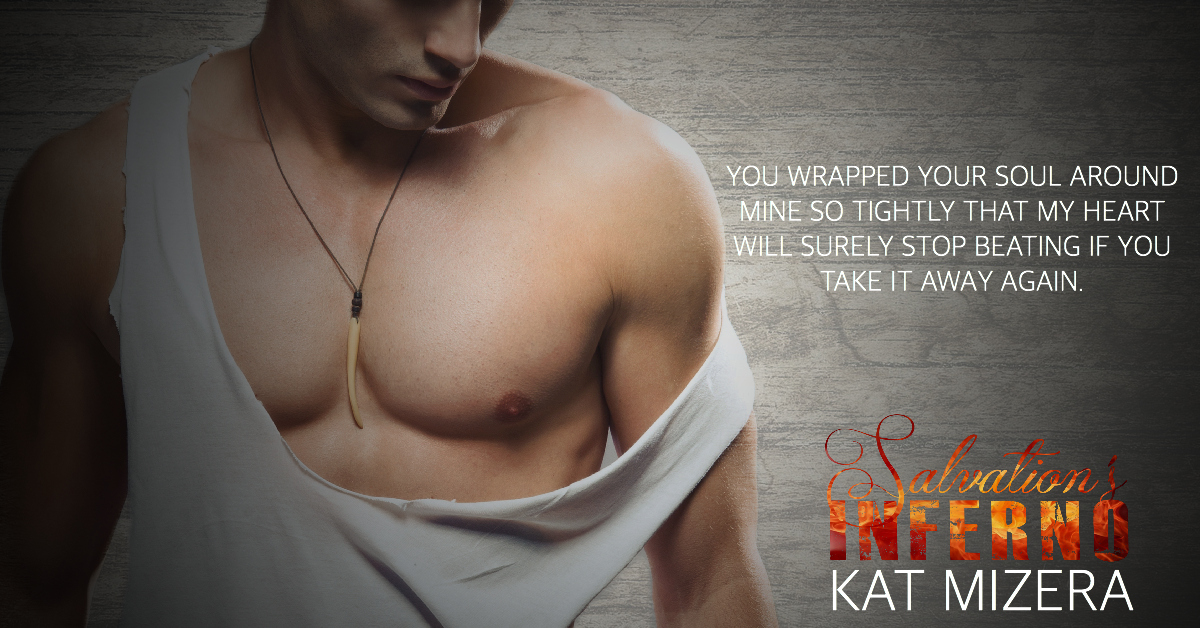 The cover for BOOK 2, Temptation’s Inferno is here! Check out this incredible sexiness and add it to your TBR now! >>> http://bit.ly/2mU5f77

Kat Mizera is a South Florida native. Born in Miami Beach with a healthy dose of wanderlust, she’s called Los Angeles, Long Island, upstate New York, Massachusetts, New Hampshire and Atlanta home. She’s never been able to pick which locale is her favorite, but if pressed, she’d probably choose the west coast.
Kat’s a typical PTA mom with a wonderful and supportive husband (Kevin) and two amazing boys (Nick and Max). When she’s not writing, she’s either scrapbooking or indulging in her second love (after writing) – traveling. Greece is one of her favorite places in the world. She loves that Athens is a big city with a small-town feel. The food, beaches and culture keep her going back as often as possible. She hopes to retire there one day so she can spend her days writing books on the beach.
Kat has been a working freelance writer for nearly 30 years. She sold her first article–a review of a rock concert–for $10 in 1985. Since then she’s been an entertainment journalist, waitress, bartender, legal assistant, food critic, magazine editor, substitute teacher, and sports writer. She also spent some time working at A & M Records in Los Angeles.
As you can guess from her series, the Las Vegas Sidewinders, Kat loves hockey. She is also a freelance hockey writer, covering her favorite team, the Florida Panthers, and any other teams that have an interesting story. The rest of the time, she writes novels: sexy, romantic fiction that she hopes makes you as happy as it makes her. There’s something enticing about hockey players and romance…