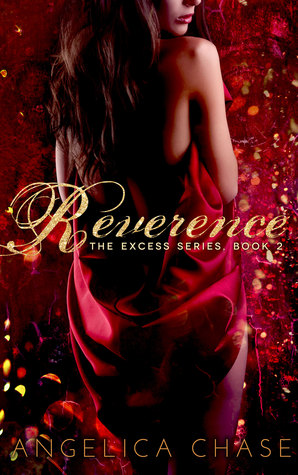 Check out my review of Opulence (book 1) here

tl;dr recommendation: If you’re not reading these, you need to be. NOW.

Devin
I was a prick, but I never hurt anyone that didn’t deserve it.
Well … until Nina.
I was a very smart man who made a very bad decision, but the mistakes I was paying for were not just my own.
My behavior toward her, no matter how unforgivable, had always been about protecting her—from me, from my wife, and from the long line of mistakes I would never be able to rectify.
Nina was finally done with me, and I knew it was for the best. I could finally keep her safe from depraved people like me. I needed her as far removed from the situation as possible. I tried to force myself to be content with her decision to move on … until I found out whom she was moving on with.

Nina
My unyielding love for a corrupt man might have cost me the affection of someone worthy.
With Aiden, I had finally discovered a version of myself I could tolerate; then he dropped a one word bomb that ruined my new sense of self. Instead of listening to my voice of reason, I blocked it out, until it became a scream that refused to be ignored.
Now, I would give anything to quiet that voice.

Silly me, I thought that I had lost my mind after book one. Nope. Angelica has managed to coordinate a complete mind fuck. All of a sudden I love Devin – I think Aiden is being unreasonable – and poor Nina is stuck between a rock and a hard place (just not the kind she likes).

I don’t think I need to say it in every review, but I will: Angelica can write. This book has managed to turn everything I thought I knew from Opulence (book 1) into question. While I usually despise love triangles, I actually feel for both of these guys now. Where previously I thought Devin was a lying, conniving asshole, I’m now wanting to strangle his wife and release him from the chains of his unhappy marriage.

With the help of Aiden, Nina makes a big discovery of her own – and she’s not entirely pleased about it. I have a good feeling she’ll come around though. I mean, I know that at least she’ll come – THAT is a certainty. If you like gritty, filthy fucking, then I’m not sure why you haven’t one-clicked yet.

The story is great, the sex is phenomenal, and I’m now fully primed for book 3. This is one novella series that you will not be able to put down. SO GOOD.

Review: The Resolution of Callie & Kayden by Jessica Sorenson