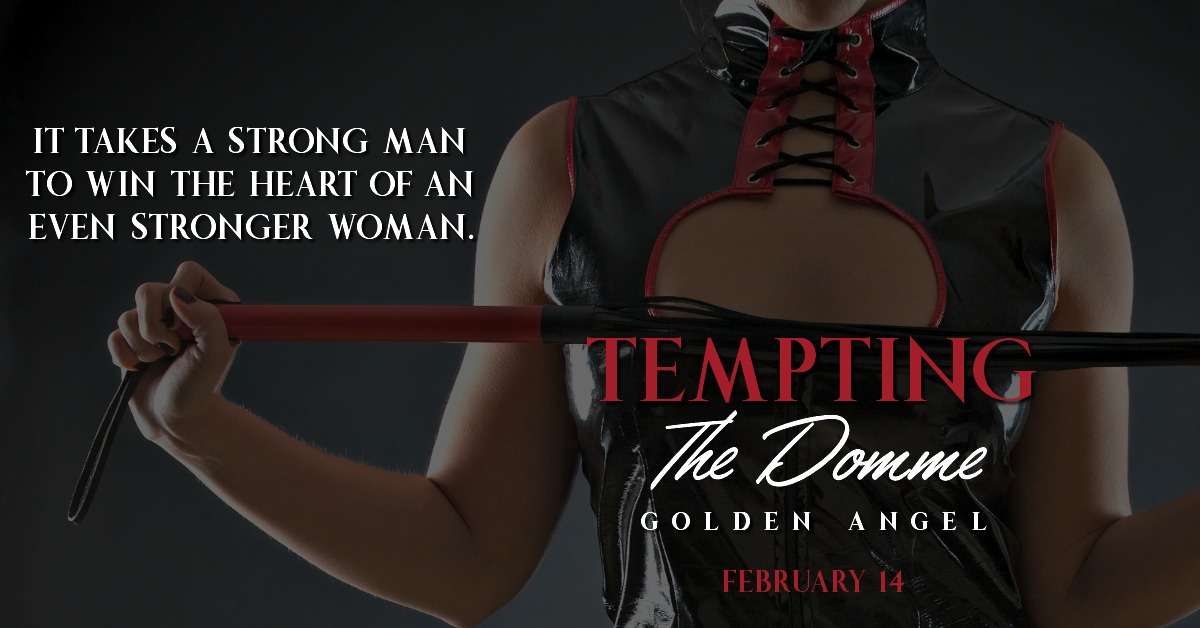 Get ready to play again in the hottest club around…
Golden Angel’s Tempting the Domme releases February 14th! 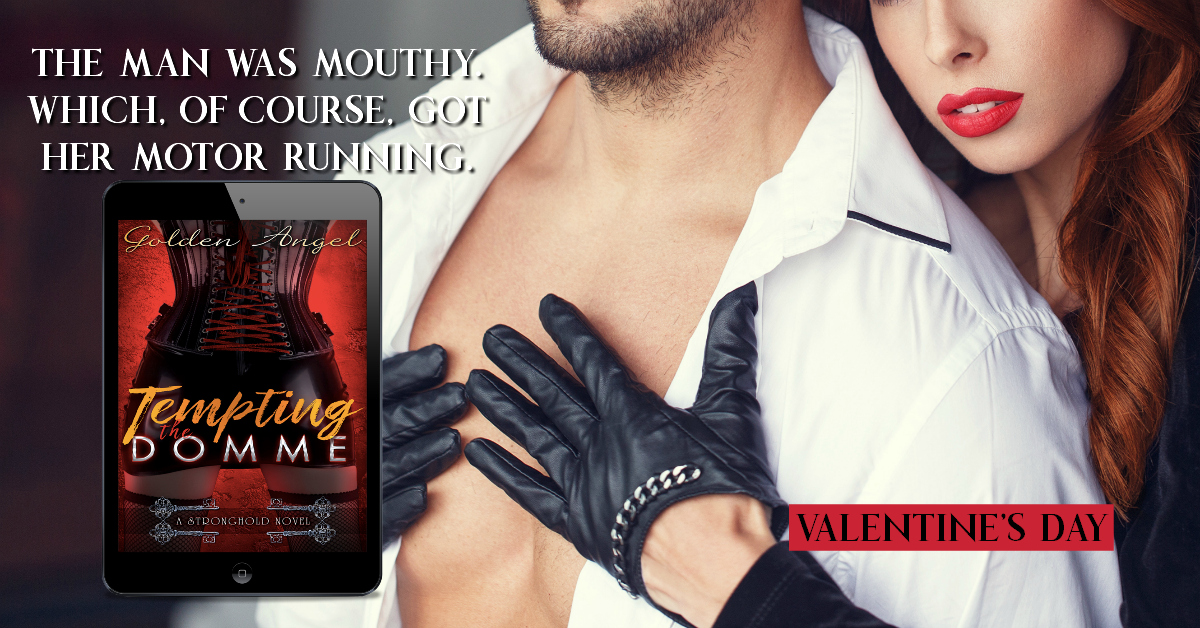 Come and meet the Domme of Stronghold…
It takes a strong man to win the heart of an even stronger woman.
Luke Evans is a confident, commanding man who happens to really like a bossy woman in the bedroom, so it’s no surprise when he’s immediately drawn to Stronghold’s bossiest Domme, Olivia Williams. Unfortunately for him, while he’s just Olivia’s type in a lot of ways, she’s not happy that he’s in a position of professional power over her, a decision she was not privy to when it was made. She’s determined not to mix business with pleasure, no matter how appealing putting Luke Evans on his knees in front of her would be. But Luke’s just as much a go-getter as Olivia and he’s perfectly happy to join the class of new submissives in order to show her just how far he’s willing to go.
When it becomes clear Olivia has attracted the attention of someone else – and not in a good way – the tension among the entire Stronghold group goes through the roof and Luke can’t help but feel protective no matter how Olivia resists him.
With two strong personalities both used to winning, who will come out on top in the end? 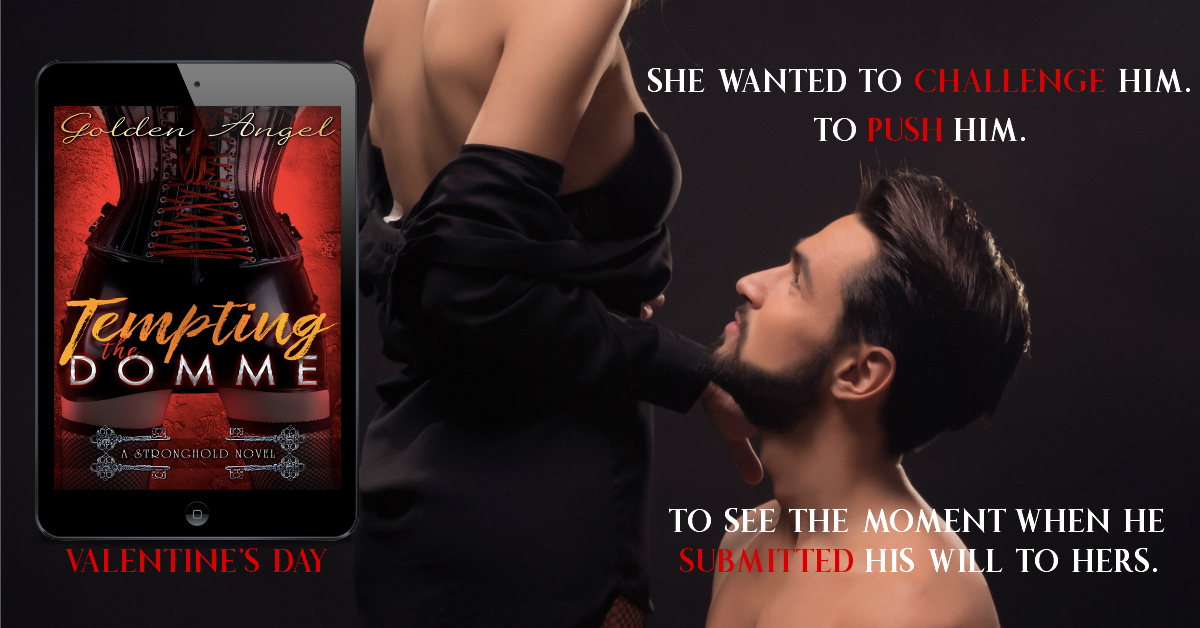 Angel is a self-described bibliophile with a “kinky” bent who loves to write stories for the characters in her head. If she didn’t get them out, she’s pretty sure she’d go just a little crazy.
She is happily married, old enough to know better but still too young to care, and a big fan of happily-ever-afters, strong heroes and heroines, and sizzling chemistry.
She believes the world is a better place when there’s a little magic in it.

Release Boost: With the Last Goodbye by Len Webster