Do you believe in redemption?
You will…
Controlling Disgrace by Anna Edwards releases MARCH 27! 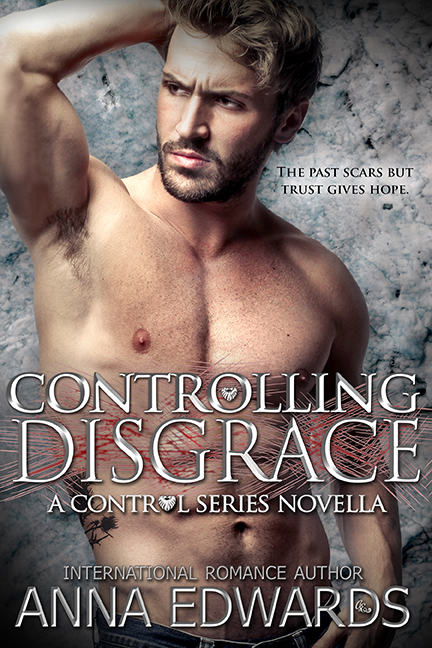 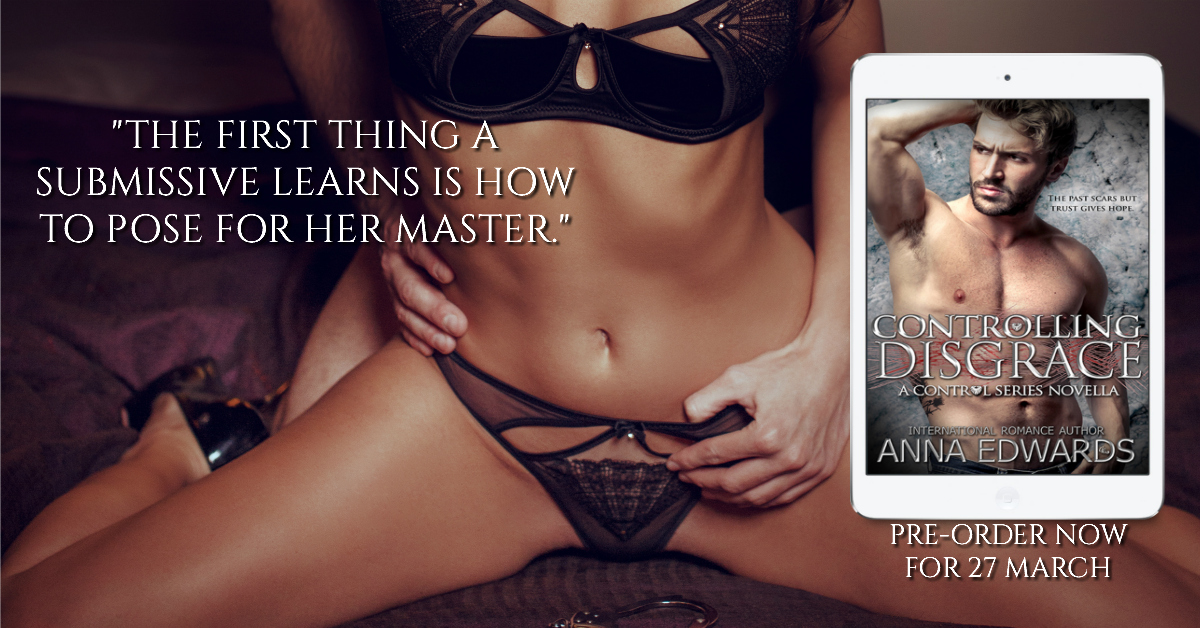 CHECK OUT THIS EXCLUSIVE EXCERPT:

“Do you know the one thing a good Dom should always carry with him?” He paused for an answer, but nothing came, so he reached into the pocket of his trousers and pulled out a hairband. “Something to tie hair back. It’s not fair when a Dom can’t see his submissive’s face.” Without pomp and ceremony, he grabbed Colette’s hair and pulled it back into a ponytail. “See, much better.” He stepped in front of her to survey who he was dealing with. He hadn’t expected the large, sultry, green eyes, which stared back at him. They were full of terror but also sensuality. She took his breath away. Her lips were full, and her face, although in need of a good meal to fill it out a bit, was stunning. He held his hand out.

She looked down to his outstretched palm and back up to his eyes.

“Will you hurt me?” she asked.

“My intention, as stated in my letter, is to answer any questions you may have. Nothing more, nothing less. Only what you ask.” As he spoke, he already knew he wouldn’t be able to let this woman leave his life. She called to him with a need for affection and love.

“How do you know until you try?”

He watched as the young woman wrestled with her emotions. She was desperate to try and escape from her past, but the ingrained trauma left her feeling weak and insecure. His hand was still outstretched, and he felt her tiny fingers slowly curl around his brawny ones and squeeze.

“Be gentle with me,” she whispered.

“I promise.” He let go of her hand and took a seat on a nearby chair. The soft, black leather of the chair wrapped around his masculine frame. “I want you to get down onto the floor on your knees.”

“The first thing a submissive learns is how to pose for her Master.” He placed his hands on his thighs and stared down at her.

“My brothers made me sit on my knees for hours praying for salvation.” The corner of her eyes welled with tears no doubt from painful memories.

“Did they make you sit on a hard floor?”

He reached around and pulled a cushion out from behind his back. The room was clinical, given it was in a hospital, but it was also designed for giving comfort to all who were in it.

“Use this.” He threw the pillow onto the floor.

“You…you still want me to kneel?”

Slowly, Colette rose from her seat. He could see her legs were stick thin. How they held her up, he’d never know. The strength of the human body was astounding. Gingerly, she sunk to her knees before him. She bowed her head, and her hands instantly went to a prayer position in front of her.

Her head came up.

“Am I doing it wrong?” she sounded scared.

“For the most part, it’s right. We don’t hold our hands like that, though. We place them on our thighs. Like mine.”

Colette moved her hands so the palms lay flat on her upper thighs. “Like this?”

“Yes. Good girl.” He felt the need to praise her, because she sounded happy to have her hands in the correct position.

“It shows your willingness for what comes next. You’re prepared to place your body into my trust.” 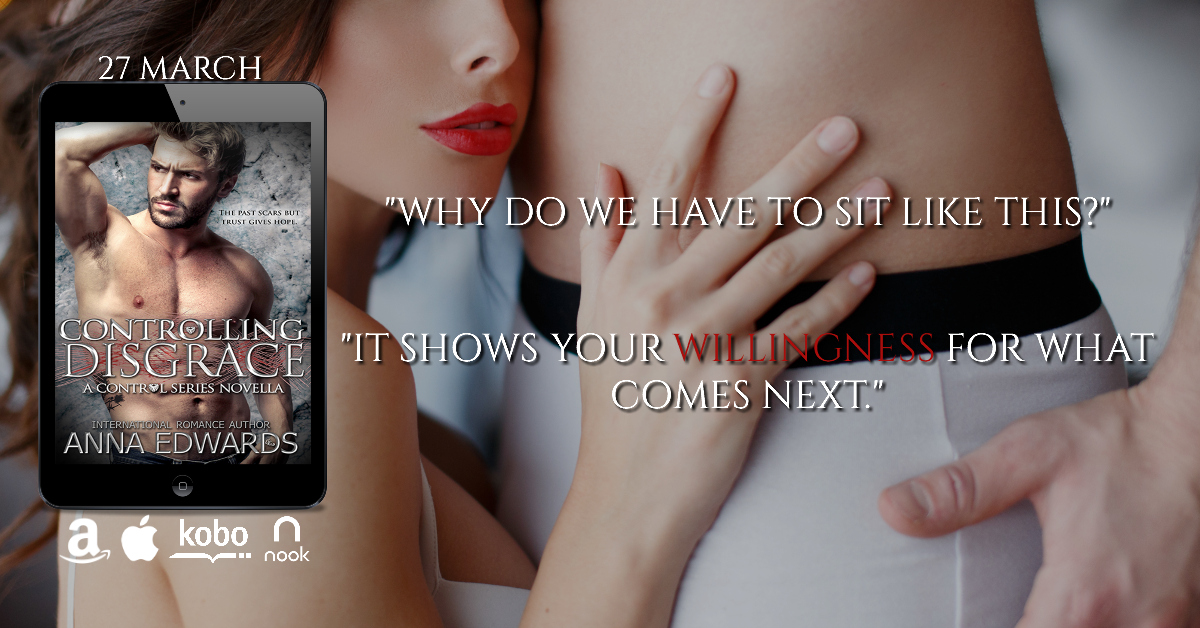 Colette Fisher is the woman responsible for James North’s beating so she should be despised, yes? If only it were that simple. In the world of Control, all is not what it seems.
After suffering oppression for many years, Colette continues to carry a burden. She’s ashamed of her sexual desires and fears what will happen were she to embrace them. Can Michael give her the strength she needs to be the woman she aspires to?
Ten short years of marriage is all Michael had before tragedy struck. Now mourning the loss of his wife – his childhood sweetheart – he doesn’t know if he’ll ever be able to move forward with his life. That is until he meets Colette.
Controlling Disgrace is a short novella from international romance author Anna Edwards; it completes a story that has been over a year in the making and will lay a massive ghost to rest. It is part of a series but can be read and enjoyed as a stand-alone.
Step into a world of Control.