★★★ BOXED SET DEAL! ★★★
The Assassins Series Bundle by Author Toni Aleo is only 99c!
Grab it before the price changes! 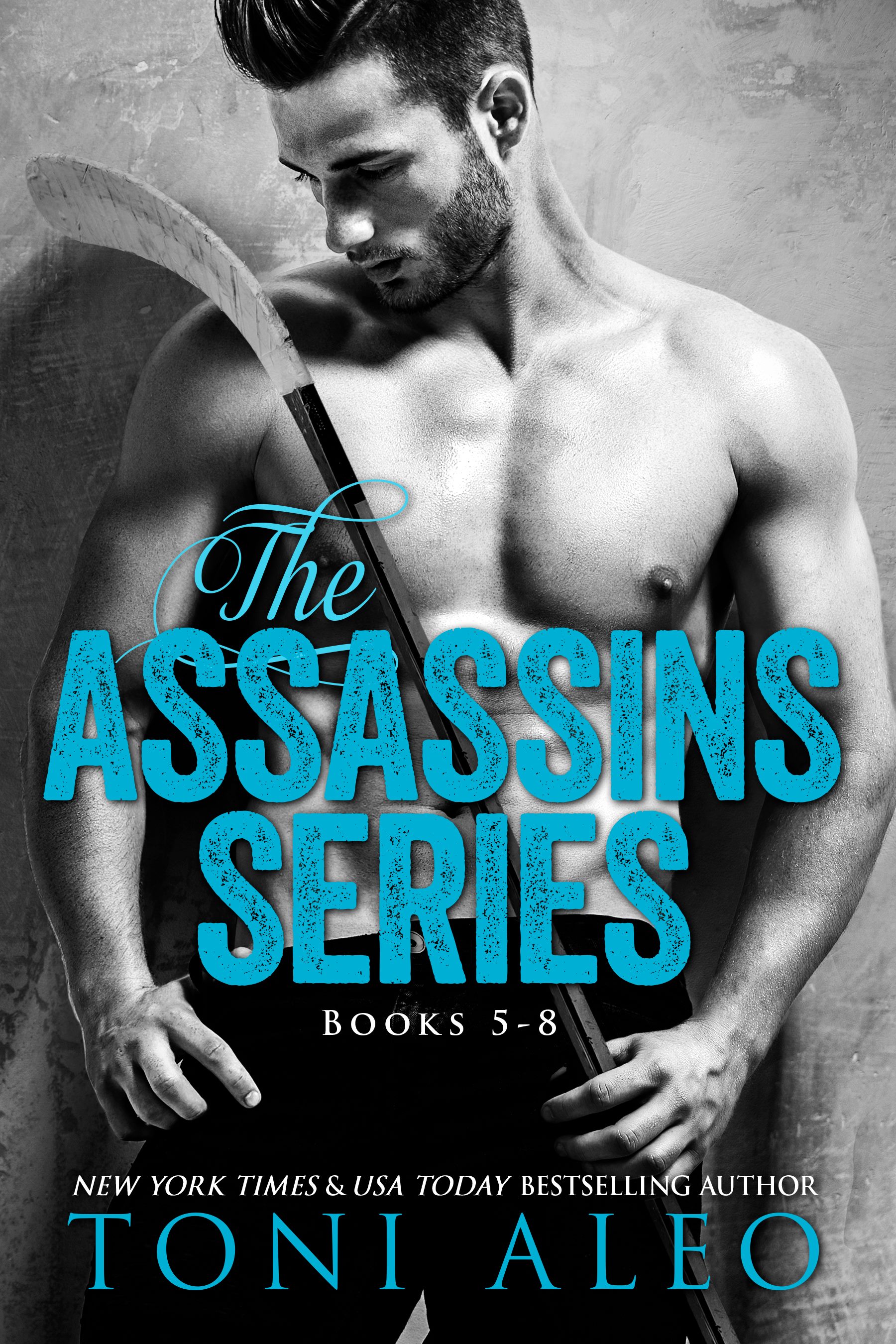 3 full-length novels & 2 novellas all from the New York Times and USA Today Bestselling series, the Assassins series by Toni Aleo. 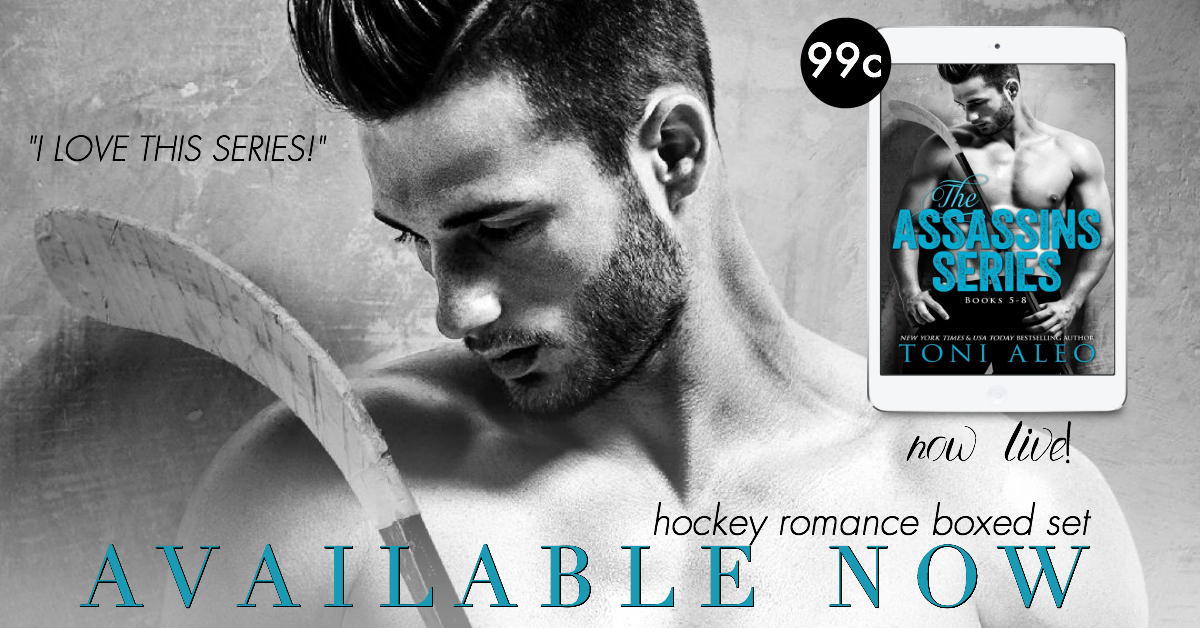 BREAKING AWAY
Phillip and Reese are happy in their single lives. It’s simple. They do what they want, who they want, and how they want, but from the moment they meet, the attraction is undeniable. Soon, they are more than willing to spend just one night tangled in the sheets. But, one night turns into two, and two turns into three, until they find themselves in a repeated dance of “One Last Time” that has the potential to be something more… if only Reese and Claire allow it. Can Phillip find a way to thaw the hearts of both the women in his life, or will he be forever trying to break them away from their pasts?
TANGLED IN THE LACES
Karson King is on the fast track to the NHL. Lacey Martin is coming back from a hard fight against cancer and is terrified of him but the attraction is too much to ignore. Soon their love is so intense, neither of them see the rest of their lives without the other.
LACES AND LACE
Nine years later, and neither has been able to succeed in moving on from what was, what could have been, and who each of their hearts still beats for. When a chance encounter during a fateful night has their paths crossing again, will the tether still attaching their souls allow them to face the past, present, and a possible future? Can two people with fate on their side find a way back to each other? Overcome all the obstacles in their way to finally live life together to the fullest? Or will they let those around them and the circumstances they face, along with questions and doubt, ruin a second chance at the life they both deserve?
WANTING TO FORGET
Jordie Thomas is looking for something to take his mind off of the woman he let go— or rather, pushed away— and the terrifying prospect of what will happen if his broken leg doesn’t heal. He’s ready to get back to his family and fellow teammates on the Nashville Assassins and get back onto the ice. However, with his injured leg in the way and his mind clouded by a certain woman, he needs a break to clear his head and his heart. With New Orleans in his sights, can this player find a way to get back to the crazy and reckless life he used to live?
OVERTIME
In the game of life, there are winners and losers, and neither Jordie nor Kacey want to be on the losing bench. If only Jordie could convince Kacey he’s a changed man and that he wants her right by his side as his MVP for the biggest and best parts of a life they build together. With emotions running high and the game on the line, can two proud people find happiness with each other, or will their hearts and souls be left in the cold? Will they see that sometimes having someone by your side who knows the good, bad, and broken is better than going it alone and losing everything through the back of the net? They are out of time on the game clock and fighting for the win of their lives.
About the Author: