She thinks he’s an arrogant playboy.

He thinks she’s an uptight prude.

But he’s about to make her an offer she can’t refuse.

Nicola Price used to have it all – a great career, the perfect boyfriend, an excessive shoe collection and an apartment in one of San Francisco’s best neighborhoods. But when she gets knocked up and her asshat boyfriend leaves her high and dry, Nicola’s perfectly crafted world comes tumbling down. And stays that way.

Now, Nicola is the proud single mom to a five-year old daughter and living a giant lie. She can barely afford their ghetto apartment and all the men she dates run when they hear she comes with a child. She’s struggling and scared – and nowhere near where she thought she’d be at age thirty-one.

Her saving grace comes in the form of a tall, handsome and wealthy Scotsman Bram McGregor, the older brother of her friend Linden. Bram understands a thing or two about pride, so when tragic circumstances place Nicola at rock bottom, he offers them a place to live in the apartment complex he owns. It’s pretty much the perfect deal, so as long as she doesn’t mind living beside Bram, a man that, despite his generosity, seems to antagonize her at every turn.

But nothing in life is free and as Nicola gets her feet back on the ground, she discovers that the enigmatic playboy may end up costing her more than she thought.

Those McGregor brothers are nothing but trouble…

EXCERPT
When reality starts to fade in a bit, I find myself being walked to the door of my apartment building, my arms draped over both Kayla and Steph. We go up the stairs and now I’m standing in front of my door, wobbling back and forth, trying my hardest to look as sober as possible.
Steph goes to knock on the door but it’s already open. I guess we are being loud, giggling, in the hallway.
Bram looks at the three of us and my God is he a sight for sore eyes.
“We brought her home,” Steph says, motioning with her hand for Bram to get out of the way, “your shift is over.”
“No,” I tell them as they shuffle me inside. “He can stay.”
I know the three of them are exchanging a look over my head.
“I’ll make sure she goes to bed,” Bram explains. “No funny business, I swear.”
“Pinky swear?” Steph says and I turn to see her holding out her pinky to him. “You know I don’t break those.”
Ugh, Steph and her damn pinky swears. She wouldn’t even be married to Linden if it weren’t for one.
But Bram does a pinky swear with her.
“No funny business,” Steph warns him.
“Good thing I’m not funny!” I yell as I flop down on the couch. The room is beginning to spin.
“Nic, that was, like, five minutes ago,” Steph says. She reaches over the couch and pats my head. “Do you want us to undress you because Bram’s not allowed.”
“No one undresses me but me!” I yell, throwing my fist up into the air.
“Have fun with her,” Steph says to Bram. “And remember, she’s untouchable. Don’t make me make your brother punch you in the junk or something.”
Bram makes a scoffing noise. “Last time he tried to do that, I got him back good. You just ask him what happened on January 16th, 2005 and why he’ll never eat pudding again.”
“I mean it,” Steph threatens and I hear her and Kayla leave and the door closing.
I close my eyes too. Drift away for a moment. The spinning has stopped and there’s a beautifully cool breeze wafting over my skin.
“I’m not supposed to touch you,” Bram’s gruff voice says and when I open my eyes, he’s crouched in front of me, a lock of dark hair over his forehead. His face is shadowy in the dark, the only light now being from my bedroom behind him.
“That’s okay,” I mumble into the couch. “You can touch me. I say it’s fine.”
“How about I bring you something to sleep in? Do you have a favorite nightshirt? I always see you in that top that your nipples try and poke right through.”
“No, not the nipple shirt.”
He goes to get up. With a lazy hand, I grip his shirt. “Don’t leave. I’m fine here.”
“I can’t imagine you being comfortable.”
“I’m drunk. Everything is comfortable. Except I wish I had a cheeseburger. I would eat it and use it as a pillow. Or maybe use it as a pillow and then eat it.”
“I see.”
I raise my brow at him. “You just want to go through my underwear.”
“Oh, I’ve already gone through your underwear.”
“Lies.”
“I wore them on my head and danced around your apartment.”
“Did you really?” I ask, totally serious.
“Come on,” he says grabbing my forearms. “If you want to sleep in your clothes, that’s fine. But I’m bringing you to your own bed and taking off your shoes.”
“Can you brush my teeth too? I need clean teeth.” I let him pull me to my feet and I pitch to the left, heading right for the coffee table. But I’m in his arms, his capable arms, and he’s holding me to him.
“You have capable arms.”
“You have an exquisite arse,” he responds and half leads me, half drags me out of the living area and into the bedroom.
“I like the way you say arse,” I say with a giggle, exaggerating his accent. “I like the way you say everything.”
“I’m glad, because I foresee a lot of arse talk in the future.”
“Yeah, yeah.” I try and swat him away. “All talk and no arse pinching.” 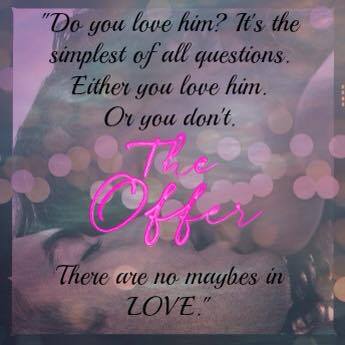 With her USA Today Bestselling The Artists Trilogy published by Grand Central
Publishing, numerous foreign publication deals, and self-publishing success
with her Experiment in Terror series, Vancouver-born Karina Halle is a true
example of the term “Hybrid Author.” Though her books showcase her
love of all things dark, sexy and edgy, she’s a closet romantic at heart and
strives to give her characters a HEA…whenever possible.

Karina holds a screenwriting degree from Vancouver Film School and a Bachelor
of Journalism from TRU. Her travel writing, music reviews/interviews and
photography have appeared in publications such as Consequence of Sound, Mxdwn
and GoNomad Travel Guides. She currently lives on an island on the coast of
British Columbia where she’s preparing for the zombie apocalypse with her
fiancé and rescue pup.