Smitten in Santorini is the new sexy summer novella from Kat Mizera!
Releasing on July 19th, preorder now for only 99c! 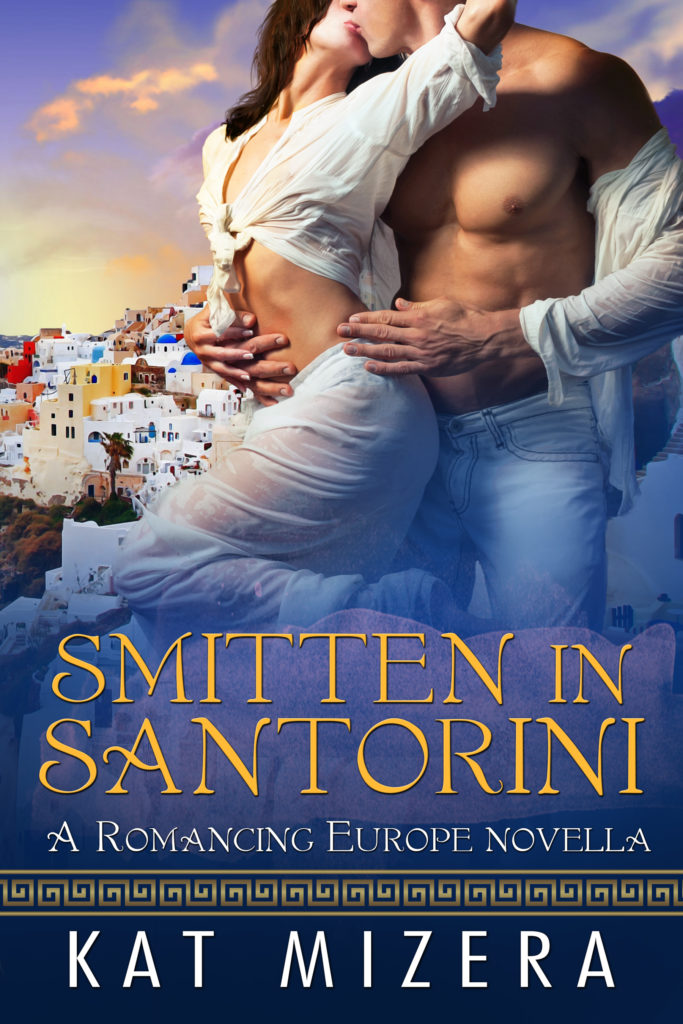 Mick Laughlin can handle anything – except a broken heart. He never understood why the girl he loved in college suddenly turned her back on him and he’s avoided romance ever since. Now a top young architect at his family’s firm, he’s been sent all over the globe to work on elite projects.

Four years ago, Melina Lakkas fell in love with her younger brother’s best friend. When his family made it clear they would never accept her, she walked away. It was a no-win situation, which would have been made worse had they discovered her secret.

When Mick takes on the design and execution of an exclusive resort in Santorini, he plans to stay as far away from Athens—and Lena—as possible. Then a fire at the job site leaves him with no choice but to call on his best friend’s sister for help. As secrets from the past unravel, can Mick forgive her long enough to forgive himself? 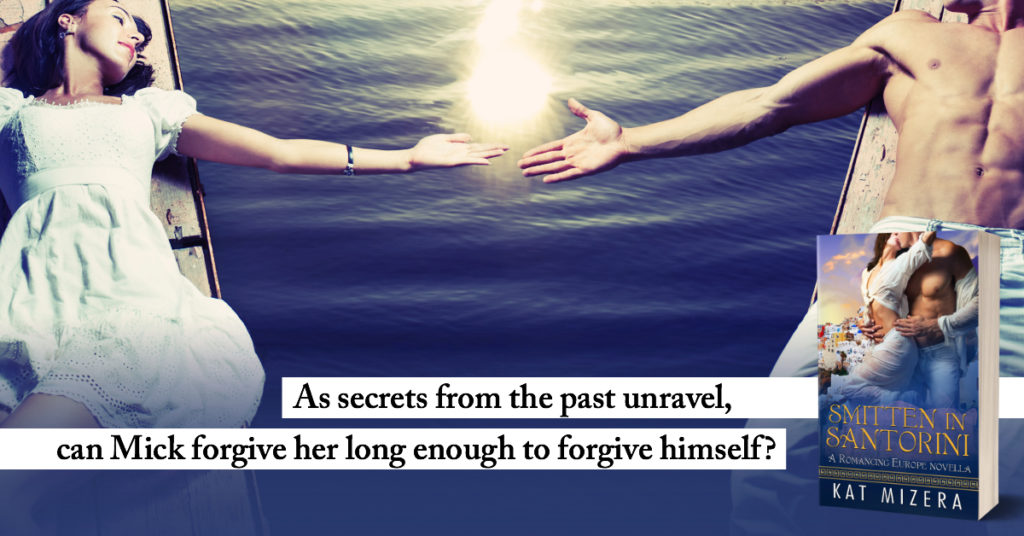 START THE SERIES NOW
Adonis in Athens is ON SALE for only 99c! 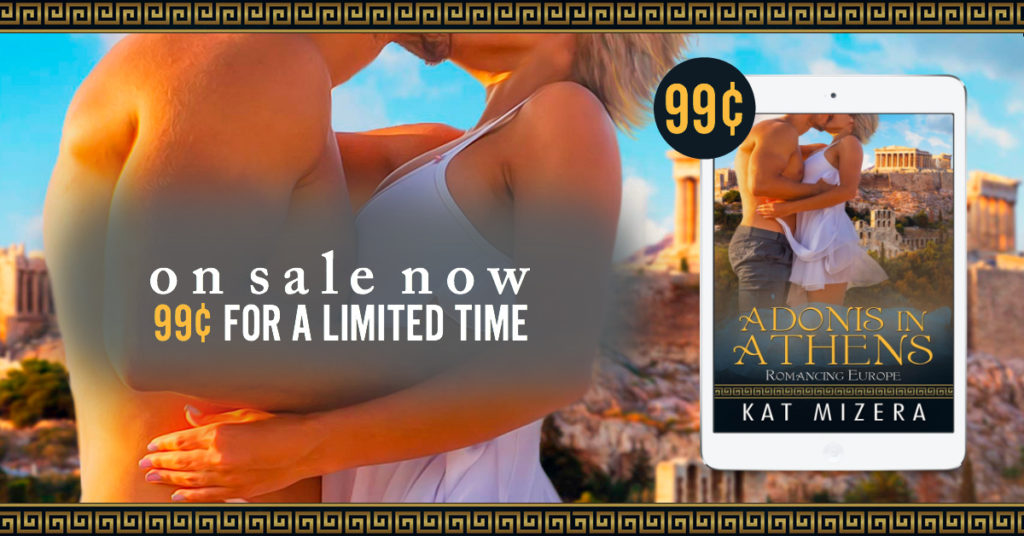 Paige Carter’s fling with the dark-haired, green-eyed Greek was short, but it blew her mind. Her only regret was not finding out whether she’d ever see him again before he returned to Greece.

Apollo Lakkas earned his degree and was thrilled to return to Greece to begin work with his family’s shipping business. His only regret is the way he left the sweet blonde he met in Vegas—who may or may not be his wife.

When an unexpected proposal throws Paige into a panic, she packs a bag for Athens and does the one thing she knows she must do before she can face any kind of future… reconcile her past.

The moment their eyes meet once again, Paige and Apollo feel the same spark that ignited them down the aisle. Will they be able to plan a future together or is their love destined to be nothing but a bittersweet memory?