This couple is HOT and their cover is too!
Dare To Love Again – the final installment in Maddie Taylor’s Decadence L.A. Series – will be LIVE October 4th. 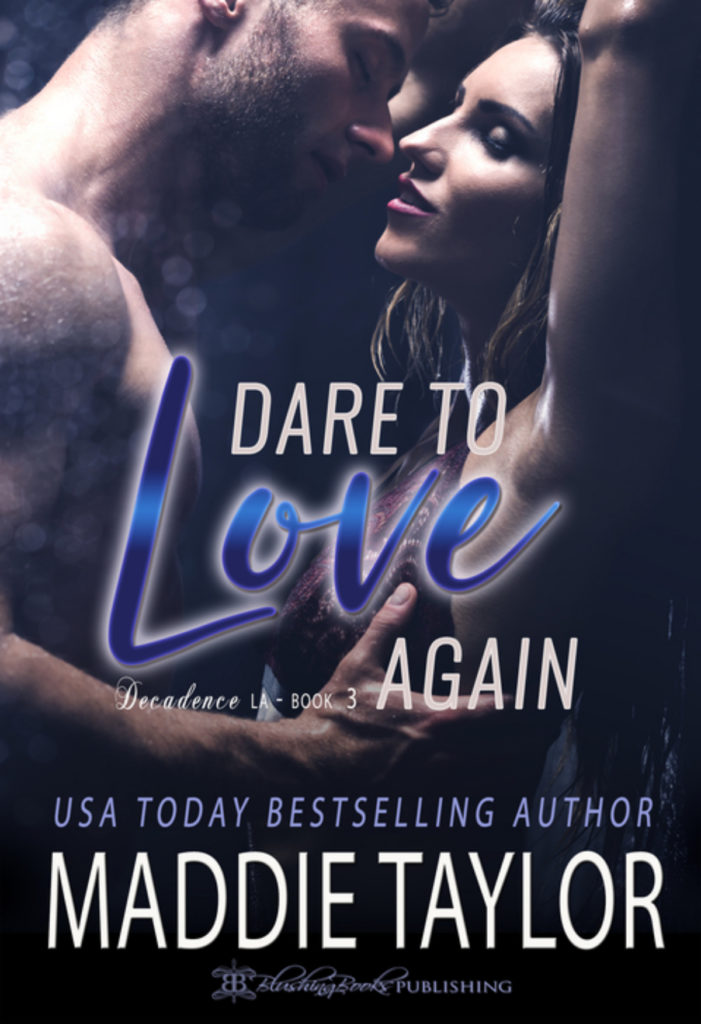 Five years is a long time to be alone, especially for a submissive. But after a near-eternity without the protective, quiver-inducing touch of a master, Esme Spade remains on the sidelines — even inside the walls of Decadence L.A. Though several Doms would gladly have her, she can’t seem to do anything more than watch, despite the club’s unwritten ‘no gawkers’ policy.

Keiran Finnegan has no time to break in a new submissive. But he’s also a man who knows what he wants, and there’s something about the obviously-wounded Esme that is exactly what he’s been longing for. Will his strength, skill, and patience be enough to revive the spirited beauty? Or is it too late for this gorgeous creature to become his permanent sub?

Dare to Love Again may be read and enjoyed as a standalone romance! 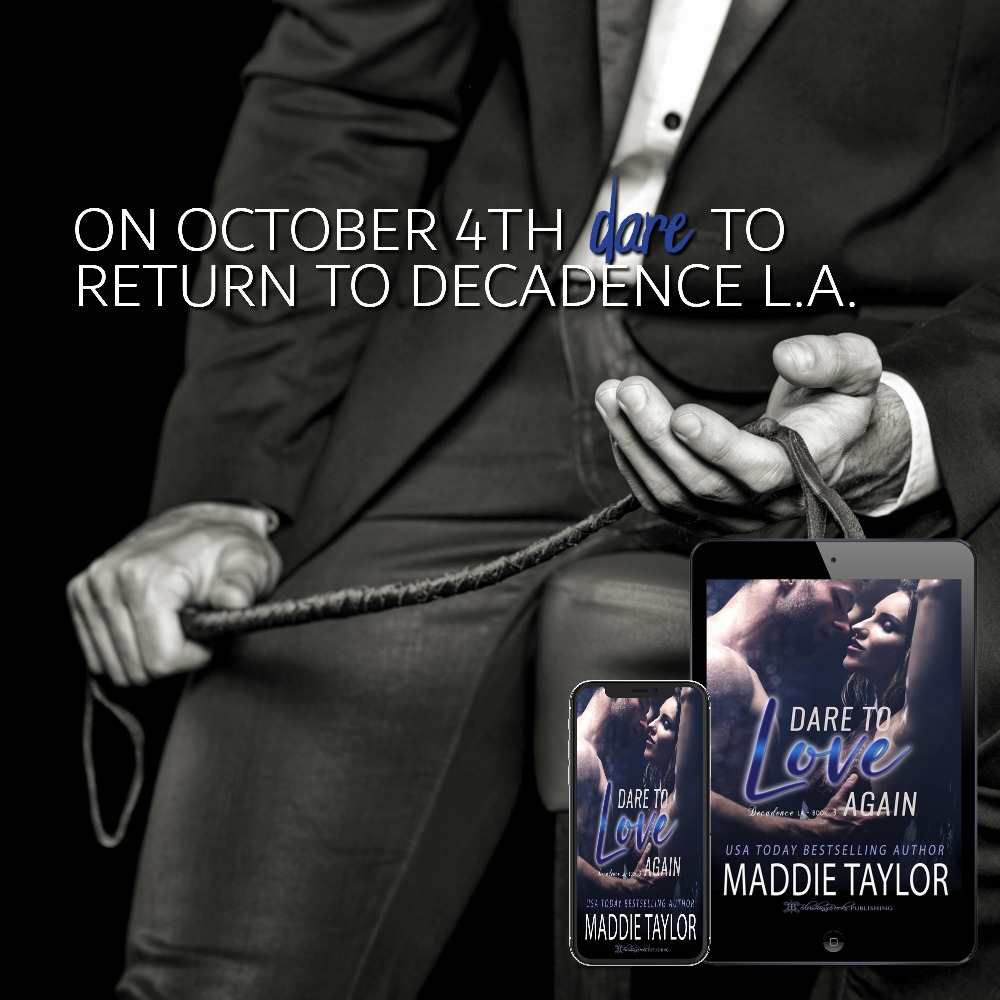 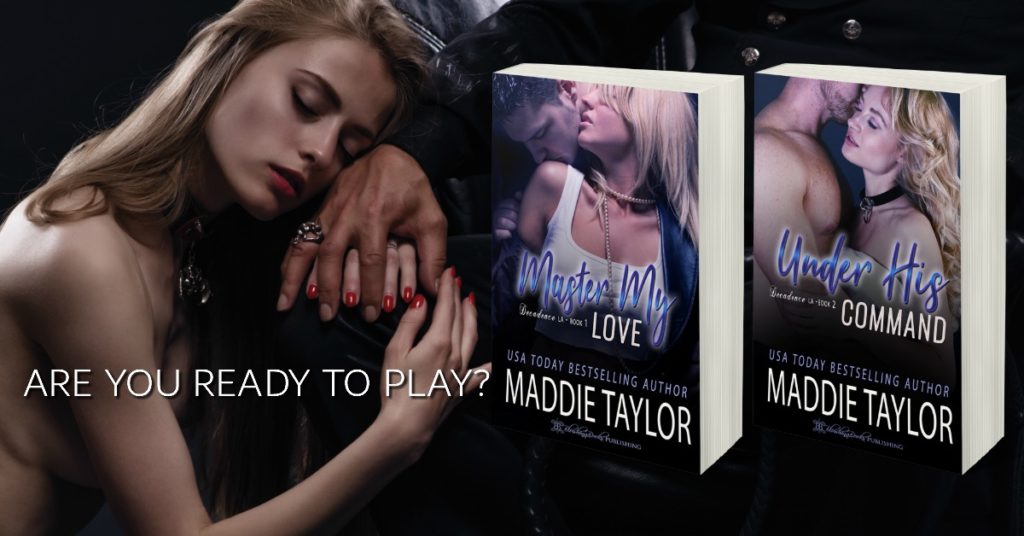