Review: The Dominant by Tara Sue Me 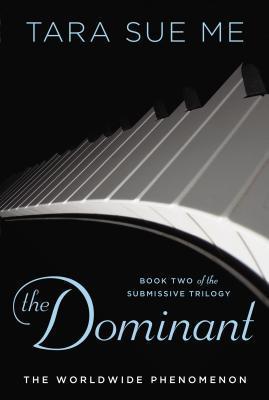 Book: The Dominant (The Submissive #2)

tl;dr recommendation: I’m completely tied and bound to this series.

As the playboy CEO of West Industries, he governs the boardroom during the day; as a strict dominant with exacting rules, he commands the bedroom at night. He never takes on inexperienced submissives, but when Abigail King’s application comes across his desk, he breaks his own restrictions and decides to test her limits.

Abby’s combination of innocence and willingness is intoxicating, and Nathaniel is soon determined to collar her as his own. As long as she follows his orders and surrenders herself fully to him, no one will get hurt.

But when Nathaniel begins falling for Abby on a deeper level, he realizes that the trust must go both ways—and he has secrets which could bring the foundations of their entire relationship crashing down…

This is how you write a male POV novel that pairs with a prior story. There are so many new scenes, so much insight into his head and terrific heartbreak and vulnerability. I’m completely tied and bound to this series. THE DOMINANT leads you down the path of a complicated Hero, allowing you entry into the crevices of his mind that he doesn’t share with anyone else.

I adored Nathaniel. I mean, I thought I loved him at the end of The Submissive but NOPE, layers were peeled back and truths were exposed in THE DOMINANT and I’m now left feeling sated and fulfilled.

Nathaniel’s keeping his own secrets – ones that he thinks will ruin everything if Abby finds out. You watch him struggle with controlling his emotions and feelings. You understand why he shuts down the way that he does. You experience his complete and utter heartbreak and you become privy to conversations you never knew he had. What leads him to take the actions he takes in THE SUBMISSIVE? Now you know.

I was so excited to find out that Nathaniel’s actually active in the lifestyle and talks to other people about it. It’s a completely natural thing that makes sense, but for some reason I never really thought about how much I would enjoy the interaction he had with his mentors and friends. This book takes what you already know and tilts it, letting in the light, allowing you to see the story from a different angle. Exactly how it should be.

There are scenes that you only heard mentioned in THE SUBMISSIVE that you get to fully experience in this novel. I mean, this is perfection. Complete, fucking perfection. This one gets the complete five stars from me. It’s everything I hoped it would be and more.

Release Day and Review: The Hotel – part 3 by Lola Darling