Is there a murderous poltergeist on the loose?
Popcorn & Poltergeists by Nancy Warren
Release Date: February 12th
Amazon — https://amzn.to/2uWMA0R
Universal — getbook.at/PopcornandPoltergeist
will be FREE with Kindle Unlimited on release 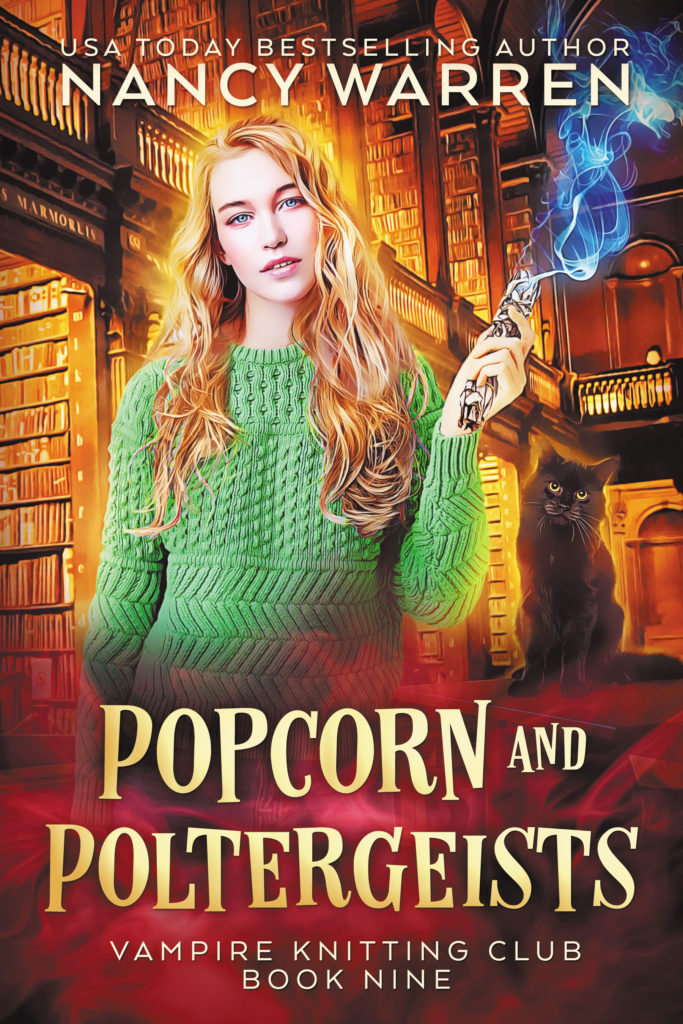 Is there a murderous poltergeist on the loose?

When an Oxford caretaker is killed by a fall down the library stairs, and a professor attacked, rumors fly that it’s the work of a poltergeist who’s been causing havoc at the college.
The prof is a knitter, and a customer at Lucy Swift’s shop, Cardinal Woolsey’s. But Lucy thinks a very human killer is shifting the blame onto a ghost who can’t defend themselves and she’s determined to trap the real killer and get justice for the dead man.
However, danger lurks at the college where old secrets and new crimes collide. Vampire and old book expert Rafe Crosyer has been called in to value the college’s literary collection, and he witnesses first hand how angry the ghost really is.
Furious enough to kill? Or is there something else the tantrum-throwing spirit is trying to tell them?

And will they decipher the message before it’s too late?

This is book 9 in the best-selling Vampire Knitting Club series of paranormal cozy mysteries. Each book can be read on its own and there’s no gore, bad language or sex in these books, just a lot of humor, quirky characters and, of course, Oxford. “This series just gets better and better.” 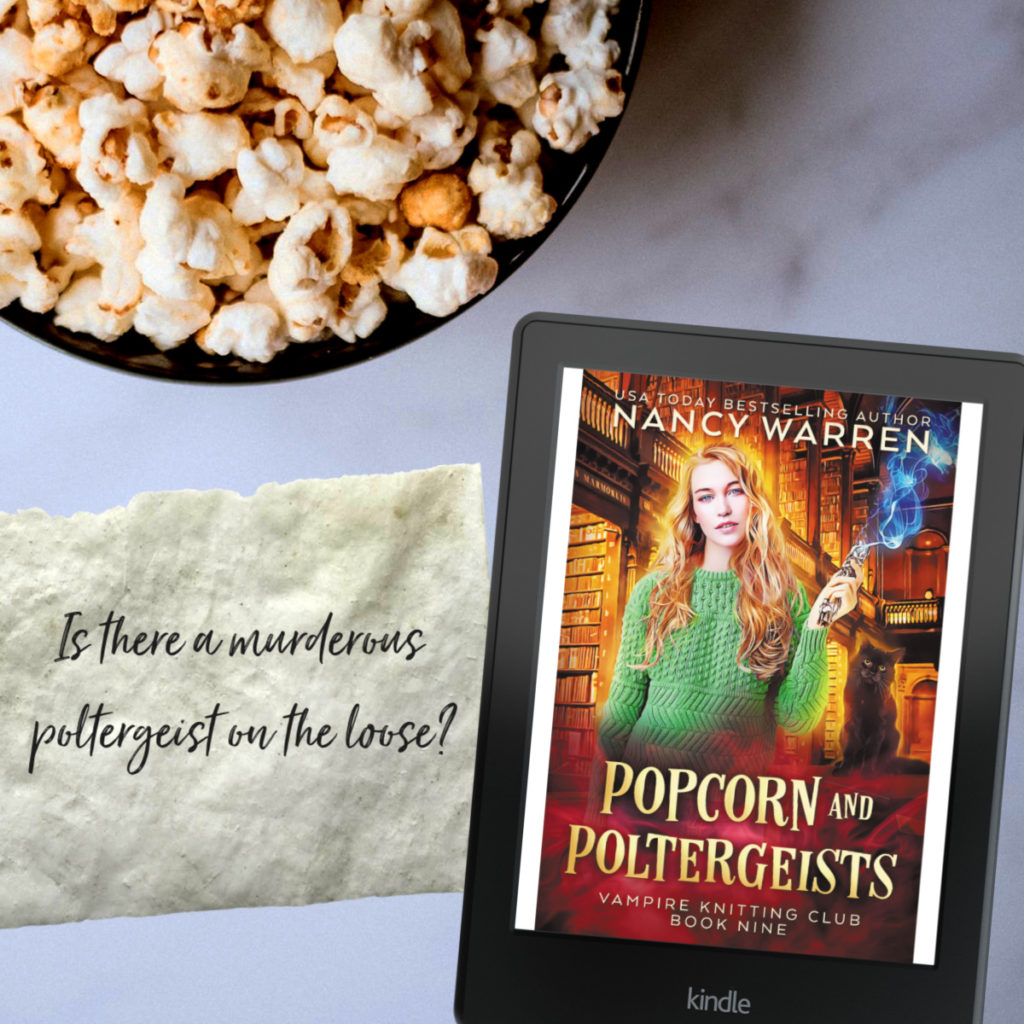 Nancy’s a USA today bestselling author of more than 60 novels. Nancy’s originally from Vancouver, Canada but she tends to wander. She currently lives in an 18th century house in Bath, England where she loves to pretend she’s Jane Austen, or at least a character in a Jane Austen novel. When she’s not writing, she’s hiking, skiing, traveling or sipping wine. She’s appeared on the front page of the New York Times (when her book, Speed Dating launched Harlequin’s NASCAR series), has been a clue in a crossword puzzle (National Post, Canada) and she’s been a finalist for the RITA award three times, honored by Romantic Times Magazine and often shares her love of writing in her popular workshops.

Release Blitz: A Tiger For Two by Lia Davis

Preorder Blitz: A Valentine for Chelsea by Raisa Greywood