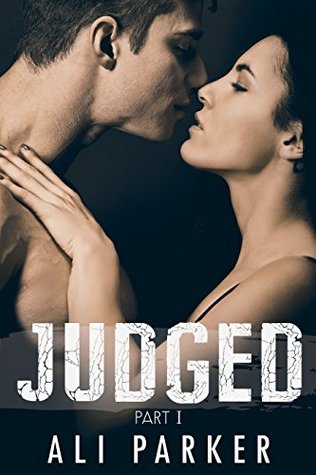 tl;dr recommendation: A lick of danger and a dash of seduction mix into a sexy and fun start to this serial story! 4 stars!

Part 1 of a 3 part Serial. If you don’t enjoy cliffhangers and partial reads for free, this might not be for you. I will be putting out the box set super fast, which is the full story.

A past filled with harmful teasing isn’t easily overcome. Neither is a history of crime and death.

Sicily Moretti comes from a long line of good cooking and large hips. Having graduated at the top of her class from the Culinary Institute of America, she finds success in sugary treats and rich pastries. Having moved from New York to Maine with her closest friend, Kari and Lisa, she’s looking for a new start where the building of her own bakery will be her focus. She’s not looking for love, nor is she interested in it. She’s been judged incorrectly too many times.

Drake DeMarco comes from a long line of crime, his new life a fresh start. His older, Demetri worked hard to help the feisty alpha male cut ties with who he was born to be, his past completely hidden to everyone in the small town of Bar Harbor. He’s invested in the town’s only gym and is working hard to keep his attention only on his business, but everything changes when a dark-haired beauty begins to steal not only his attention, but his heart.

With a past that would land him in jail, he’s beyond scared to let Sicily in. Good thing she doesn’t seem in the least bit interested. Will he finally push past his fear of having her judge his family and their nefarious ways and force her to see him for who he is on the inside?

The past follows them until they turn and face it, reconciling who they once were from who they are to become – together.

A lick of danger and a dash of seduction mix into a sexy and fun start to this serial story!

Sicily needs to get a little bit of a grip as she’s constantly judging herself and her weight. While she’s a fantastic baker, she wishes she didn’t look the part. Gym owner Drake has a mysterious past and abs to die for. He also only has eyes for Sicily. Their friendship starts to bloom into something more as they both work to accept the people they are right now…not the people they wished they could be.

Parker builds these characters nicely and leaves room for a lot of growth. The emotional connection between them is just starting and I’m definitely looking forward to seeing just how much of Drake’s past is going to visit in his present!

Review: The Voice Between My Legs – Part 1 by Ozlo & Priya Grey