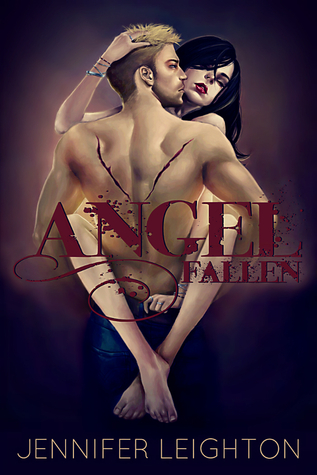 When Garon gets the news he’s about to be transferred to a new assignment, his entire world comes crashing down around him, for as a guardian angel, a new charge can only mean one thing.

His Jessie, the girl he’s watched over from the moment of her birth, the human he’d been created to protect, is about to die.

Can he stand by and let her be destroyed? Or will he dare to do the unthinkable.

Jessica Martin doesn’t believe in happily ever after. Prince Charming is just a lie bought by starry-eyed women, and she’s far from that anymore.

No man has ever measured up to the one who lives in her imagination. With no real family, just temporary ones that came and went, she’s had few constants in her life, but the make-believe friend from her childhood has always been there for her. Always.

So when a mysterious man rescues her from danger, she can’t help but be suspicious. Her Good Samaritan is blond-haired, blue-eyed, and drop dead gorgeous, the complete embodiment of her perfect man, but he’s more than what he seems. The strange familiarity in his eyes, his touch…it shouldn’t be there.

What is he hiding?

If guardian angels were real, I’d most definitely want mine to be Garon. Sweet, submissive and yet totally masculine, this angel is the devil in bed. and in a storage room closet. YUM.

Garon has been Jennifer’s guardian angel for her entire life. They were both created on the same day, and thus – he was made for her. However, when he finds out that she’s supposed to die and he’s going to be assigned to someone else he can’t live with that outcome. He makes the choice to become visible to Jennifer & cut ties to all he knows.

I wasn’t totally invested in this story, even though I really tried to be. There’s an extremely long mostly sex scene that takes up most of the book – NOT THAT I’M COMPLAINING – but then after that scene, there wasn’t too much else to the story. I felt that things were wrapped up a bit too quickly and a bit too easily and I had a lot of questions. For example, if Garon was made for Jennifer and created on the same day, aren’t all guardian angels made for their charges? How would it make sense for Garon to be assigned to someone new?

Also, I know I’m being overly practical here and this is a paranormal romance, but Garon has no ID…no social security number…no real skills. What is he going to do for work now that he’s fallen? Am I being too real here? Maybe, but I didn’t feel that this story was so fantastical that I shouldn’t be thinking about those things.

Notwithstanding those issues, the heat is most definitely on point. Jennifer writes those scenes with style and I absolutely enjoyed the slight switch of such a strong and burly man being submissive. The awesome sex and the fun and flirty writing style pushed those stars up for me. Sweet and incredibly romantic, this PNR is a quick little read full of lots of awesome sex. 3.5 stars!

Review: The Truth About Him by Molly O’Keefe