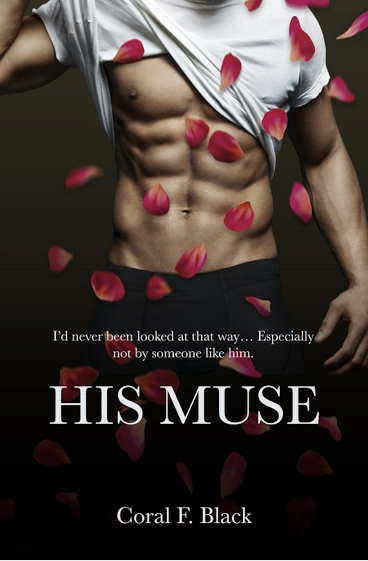 tl;dr recommendation: With some tightening and polishing, this novella will certainly gain a few points. There’s plenty of promise here to grow and I look forward to finishing out the series to see how this all shakes out. 3 stars!

No one had ever looked at me like that. Especially not the hottest man I’d ever seen. He had the lean, tan muscles of a world class athlete, thick black hair, huge hands marbled by big veins. Before he picked up his camera to shoot, he looked at me with eyes that could have set me on fire.

Nothing else mattered; he was all I wanted.

But when Daniel Baldessari called me “undateable” in order to get a reaction for the perfect fashion shot, I knew I was really in trouble.

And after that first shoot, things started getting even stranger. Who was the “mystery client” that wanted to hire me for an exclusive contract and was sending me gorgeous flowers and boxes of sexy silk clothing and stilettos so that I’d say yes? Why did Daniel Baldessari’s beautiful cousin keep showing up at his house? And what was the dark secret from his past that threatened to tear us apart before I could find out if this maddening man even wanted me?

I knew I had to find out.

This plotline definitely has promise and, as Coral’s debut novella, it has the pieces of something that can be great. Twyla seems to be a mostly strong and kindhearted heroine. She’s determined to make it in the modeling industry so she can support both herself and her brother. When she heads to her first shoot she meets the photographer, Daniel Balderssari, whose full name was repeated so many times I wanted to dive into the book with a red marker. But I digress.

He’s elusive and aloof and occasionally an asshole, but I suppose he was meant to be an endearing asshole. I’m not sure if there just wasn’t enough development for me because everything happened so fast, or if his behavior really was just so all over the board I couldn’t keep up. Yet, regardless, instalove happens.

There’s clearly something going on with Daniel because while he’s more than willing to touch Twyla, he’s not quite ready for her to touch him…until he’s practically shoved into it. I sort of had a problem with that scene too (I KNOW. I’M SORRY) as Twyla was a virgin…and yettttt, there wasn’t any mention of that while she was being taken hard and fast. How she found Daniel when she walked in on him was also a high on the insane barometer, but I’ll let that one slide, because fiction and all that.

There are plenty of secrets to be revealed and I am curious as to what happens next. With some tightening and polishing, this novella will certainly gain a few points. There’s plenty of promise here to grow and I look forward to finishing out the series to see how this all shakes out. 3 stars!