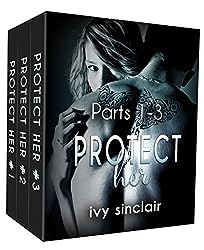 Rest of the Series:

Part 1:
Her name has been Paige Matthews for the last three years. Before that, it was Jane Doe. Before that is nothing more than black hole after a mysterious accident wiped her memories away. Her dreams are filled with blurred images of terror. Something was after her and tried to kill her.

Riley Stone doesn’t care about anything but getting the job done and getting paid. There are few people who willingly associate with a Necromancer. Humans don’t even know that the demon world exists, and, on the other side of the veil, the angels and demons in charge consider someone like him a lower life form.

When Riley saves Paige from a demon bounty hunter, both are faced with an uncertain path before them. With no memory of the supernatural world that parallels her own, Paige is vulnerable and alone. Despite Riley’s natural inclination to leave, he knows that unless he helps her Paige will wind up dead.

Now Paige has a guardian who is far from an angel looking after her. Only one thing is certain. The way to save her life is first by finding out who she really is.

Part 2:
What happens to a human caught in the crossfire between angels and demons? Riley Stone wants to make sure that Paige Matthews never finds out.

Thinking that Riley Stone would be glad to be rid of her, Paige agrees to let an old friend help her with her new demon problem. But she soon discovers that her friend isn’t who is he appears to be, and definitely has his own agenda when it comes to her well-being.

Riley’s work on Calamta Island is done. All he needs to do is make sure that Paige is safe and sound, and then he’ll be on his way. But once he finds out that Paige is in much deeper trouble than he ever imagined, he realizes that he can’t leave her quite yet. She needs his help, even if she doesn’t know why.

The secrets surrounding Paige’s past are starting to unravel. It’s up to Riley to make sure that she stays alive long enough to find the answers that will finally reveal her destiny.

Part 3:
Things are heating up for Paige, and not just in the search for her true identity. Though she is keenly aware that Riley is avoiding telling her everything about his past encounters with the demons pursuing her, she finds that her attraction to him overriding her better judgment. With every passing hour, she is more confident that if anyone can keep her safe, it is Riley Stone.

To stay one step ahead of their enemies, Riley reluctantly accepts help from the one man he knows still holds sway over Paige’s emotions. Archangel Benjamin’s claim on her soul is one that cannot be easily broken, but Riley intends to try. But first, he must take her to someone who can finally answer the question that Paige so desperately needs to know. Who was she before she became Paige Matthews?

But Paige soon realizes that she’s been asking the wrong question all along. It was never about who she was before she lost her memories, but if she truly is ready to accept the truth once it is revealed.

I am completely addicted. So addicted that I’m actually engaging my husband in conversation about this serial to bounce ideas off of him as to what’s going to happen next. and that basically NEVER happens.

In part 1 we meet Paige, who has zero idea who she was prior to three years ago. Her first memory is waking up in a hospital and after giving up hope that her memory would return she made up the name Paige Matthews and took a job on an island at a flower shop. The owner of the flower shop, Christopher, takes her under his wing (hehe – this will be almost funny after you read it. I swear) and she begins to create a brand new life for herself. Unfortunately, she can’t escape the nightmares and that’s what has her out running in the middle of the night when she’s attacked by a demon.

Riley Stone, necromancer and hired demon interrogator, saves Paige from her near death run-in with a demon. Riley knows that the demons are searching for her – he’s actually been hired to find out why they’ve come on to the island, a former demonfree zone – but he doesn’t know why.

This serial quickly pulls you into the paranormal world and doesn’t let go. There’s a fantastic intensity and well developed connection among the characters and I absolutely love it. Paige may not know what’s going on, but she’s one seriously tough chick. She faces danger, death and the unexpected without flinching. The twists and turns are SO GOOD that it had me frantically flipping through the pages of my kindle.

Slight Spoilers ahead for parts 2 & 3:

Riley and Paige have an immediate magnetic pull on one another that you can actually feel. When they first give in to their impulses in the caves, I was squealing a bit. I love their honesty with each other and Riley’s protective nature. They’re both a little vulnerable and out of their element and I think that’s part of why this story works so well. Of course, now I’m dying to know how Benjamin branded Paige, why Riley can’t *ahem* FINISH what he so definitely wants to because of that brand, and what the hell Proctor is going to do to Paige. SO MANY QUESTIONS.

While I received an ARC of this box set in exchange for this review, I sure as fuck went and bought parts 4-7.

I shall report back – LOVE THIS!