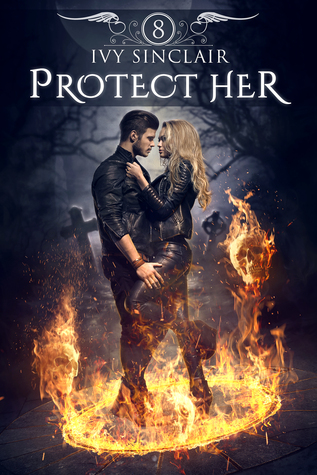 tl;dr recommendation: I love this series so hard. I’m transported to a suspenseful and romantic Other World that constantly has me guessing.

Bruno Proctor is always one step ahead of us. Now I’m in Hell and Paige is alone with him on the other side of the portal. I have to find a way to get back to her.

Benjamin did a number on me when he stabbed me in the caves, and now it’s taking everything I have to stay focused and in the game. It does seems suspicious when Paige is returned to me, and it doesn’t help that my mother has planted a seed of doubt about our relationship.

We should be able to work anything out if we’re together. But fate seems to have other plans for us; something I never saw coming. It’s the beginning of a whole new chapter.

Bruno and Benjamin both better be ready. Because this twist is the biggest gamechanger of them all.

I’m always so floored every time I re-enter the world that Ivy has so carefully crafted. I have zero clue how she keeps track of everything but somehow it all works. This installment releases huge secrets, a massive amount of suspense and big big changes.

Riley is left in hell. He’s been stabbed by Benjamin just before he was shoved behind the gates of hell as the door slammed shut. He’s dying and he doesn’t care – except that he wants Paige. He NEEDS Paige. He finds himself in a room with his mother and sister who are still possessed by demons. They care for him, try to keep him alive, but he’s getting worse.

And then Paige appears. Paige had to make another deal with the devil (aka Bruno) in order to make her way back to Riley – because when they’re together, they can do anything. Riley can FIX anything, right? Paige sure as fuck hopes so because she’s backed herself into a corner.

I was losing my shit when the secrets started to spill out about Riley’s history. Every four seconds it’s a new detail that adds color to the black and white picture I had in my mind. It’s all starting to come together and I seriously need the rest of this story. SO BADLY.

Of course there’s a cliffhanger – it’s a serial! Small points were deducted only because I wanted some more romance and action between my favorite sort-of-Goddess and her maybe-Protector. However, I’m sure they’ll make up for it in due time 😉

If you’re looking for a fantastically written paranormal romance, you need to jump on this series. It’s addicting and fascinating and I want so much more.