Grab the ENTIRE Can’t Resist Series by Violet Duke NOW!
The entire series is on sale! 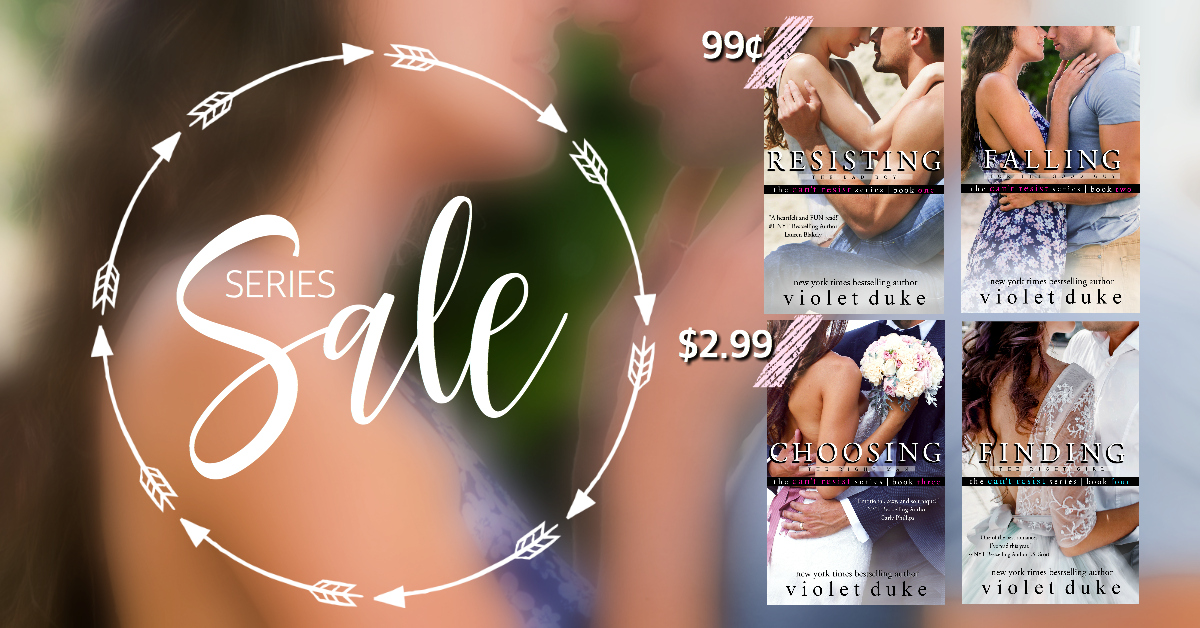 LEARN MORE ABOUT THE CHARACTERS!

CONNOR
Occupation: Corporate Attorney & Anonymous Philanthropist
Hobby: Working on a muscle car he bought for himself that no one knows about. And sex.
Well known for: His notorious courtroom reputation, and his equally notorious reputation with women
College: Columbia
BRIAN
Occupation: High School Business Economics Teacher & Football coach
Hobby: Building things with his hands. And being a good single dad to his preteen daughter.
Well known for: Loving and caring for his late wife for over a decade while she battled Huntington’s
College: Arizona State
ABBY
Occupation: Doctoral Student & Middle School Tutor
Hobby: Cooking all the beloved dishes from every country in the world. And do-gooding.
Well known for: Being able to keep up with Skylar, Brian’s daughter, in the consumption of sweets
College: Arizona State
Abby describing Connor:
With the contrast of his sexy, espresso dark hair—almost black in this light—and his piercing ice-blue eyes that always looked deep in thought and so hauntingly deep at times, the man was a danger to female kind the world over.
Abby describing Brian:
Charming farmer-boy-next-door look with a body that belonged on a billboard selling grit-covered denim and boots like it was going out of style, and hair that always looked slightly overdue for a haircut…and all the sexier for it.

Wide, guileless eyes—a charming novelty he was positive he hadn’t encountered in years—untinted lips, a light tan that actually appeared to be from the sun, and deep, dark reddish brown locks done up in a ponytail more comfortable than fashionable. She was the very definition of a buxom beach babe brunette, if such a category existed, with an appealing blend of innocence and intelligence behind a pair of unaccountably sexy, cliché-free glasses.
Brian describing Abby:
From the day they’d met, Abby had always been the sweet, gorgeous ‘nice girl’ with the soulful doe eyes, killer curves, and the incredible smile that always made his day. Not classically stunning as his late wife had been, but just as captivating in her own unique way. More than that, she had an unparalleled inner beauty and a trademark quirkiness that had immediately drawn him in, catapulted her to the status of his best friend practically from their first conversation.

Keep reading to check out each book!
The first three books are a TRILOGY and the fourth book is a STANDALONE spin-off! 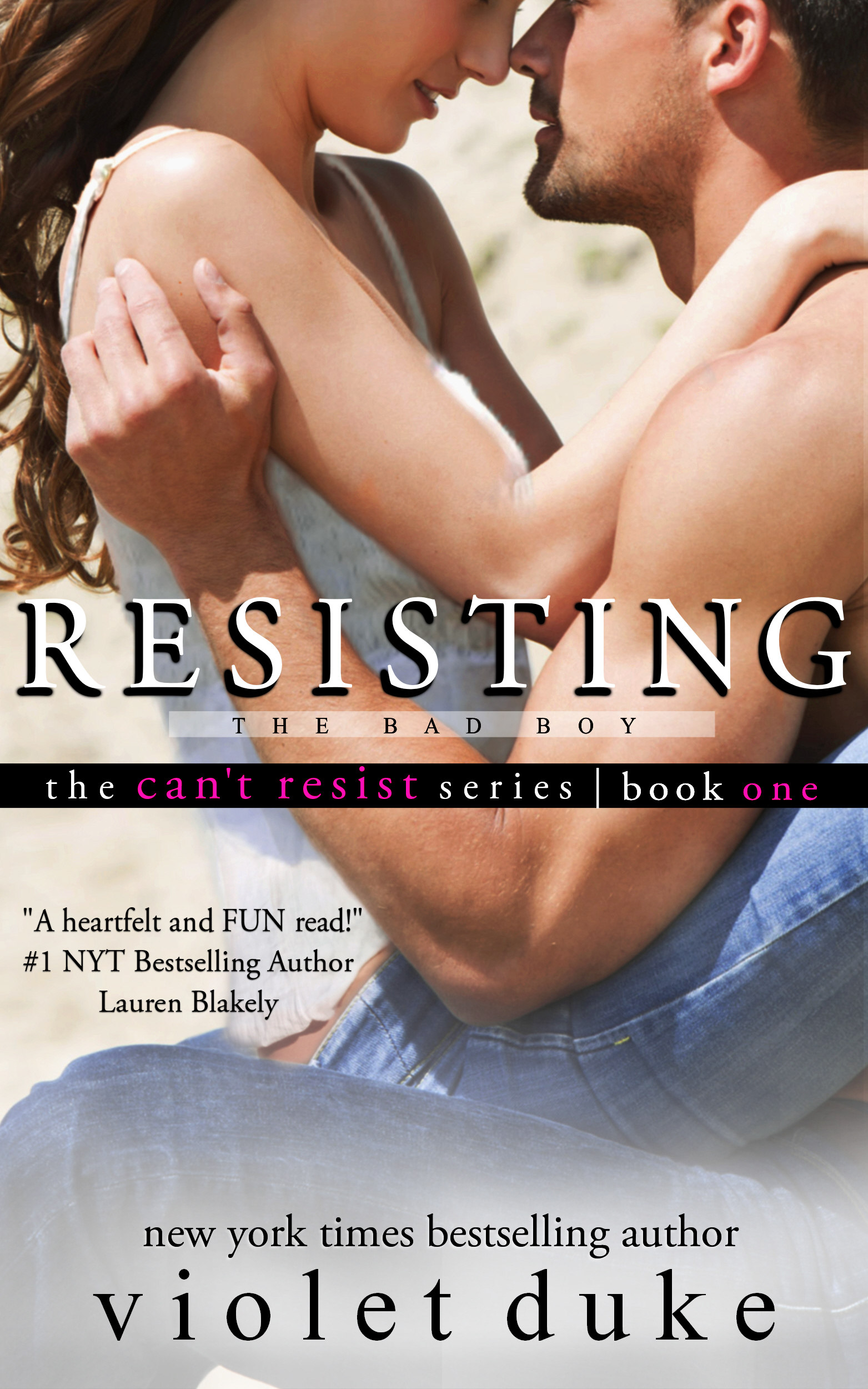 He’s the ruthless lawyer with a not-so-little black book.  And one simple rule as unyielding as his heart: nothing more than a month.
She’s the doctoral student helping to raise his niece.  His brother’s best friend.  And the valium for his soul he had no business wanting.
To be fair, she did ask him for advice—on what she could do to stop being ‘the nice girl’ for a little bit.
All he did was answer truthfully.
“Try something new that excites you.”
…Preferably him.

“This book has given me one of the worst (or best) book hangovers I’ve had in a LONG time! I absolutely LOVED it.” — Mama’s Reading Break 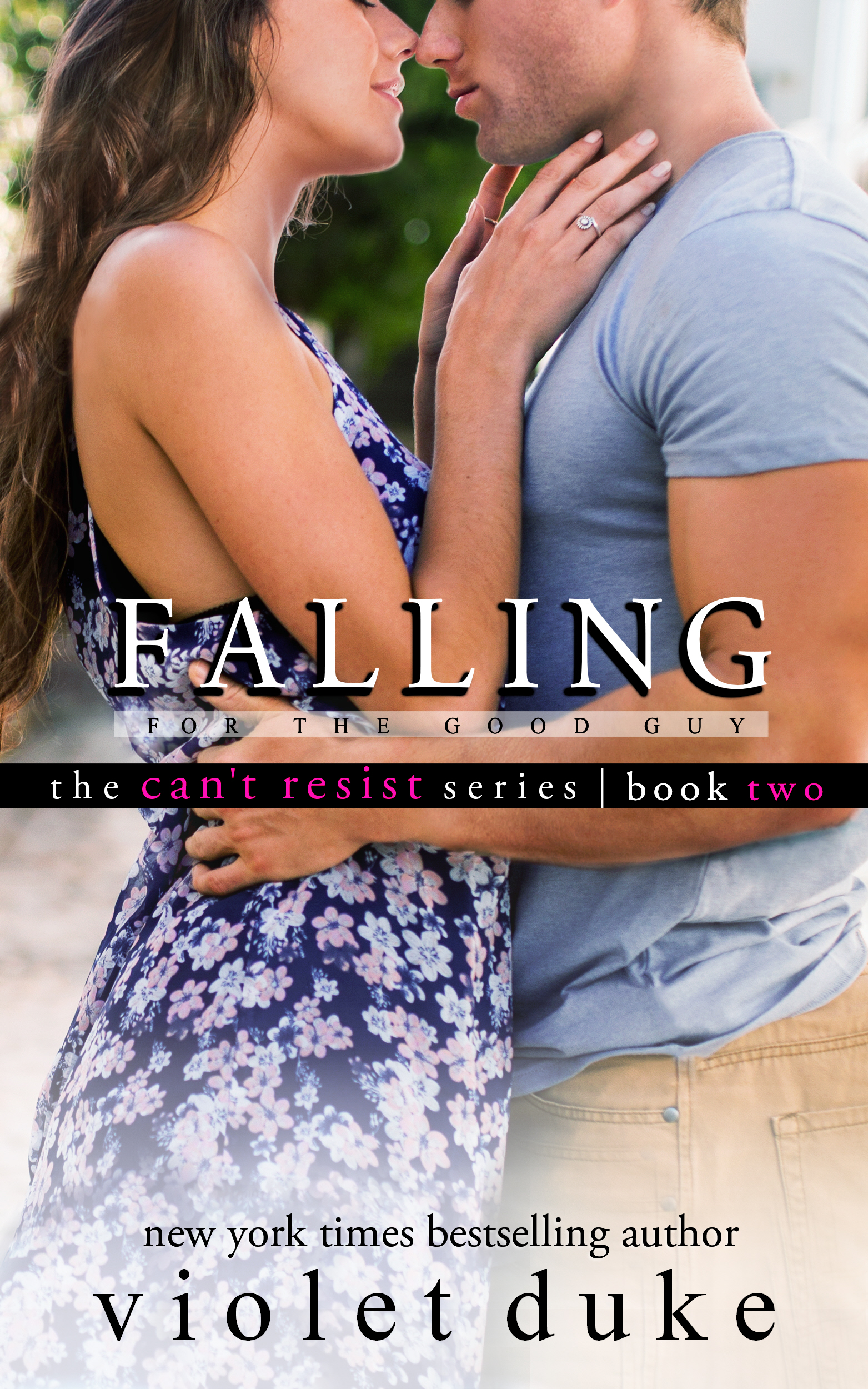 He’s her best friend.  The good guy–the polar opposite of his brother Connor.  The one everyone’s hell-bent on believing is her perfect match.  But the thing is, that was just never an option for her with Brian.
…Until now.
For over a decade, through his high school sweetheart’s illness and eventual passing, Abby had been his pal, his rock.  A second mother to his young daughter.  His heart simply wasn’t free to love her then.

But it is now.

Now that Connor’s left her with a shattered heart to put back together on her own, Brian has exactly one chance to speak up or forever hold his peace.
“A stellar trilogy with unforgettable characters and a truly unique plot…will leave you wrecked one moment and elated the next.” — Guilty Pleasures Book Reviews
“What. A. Love. Triangle.  Witty, raw, and at times, heart-wrenching.” — Ebook Escapes 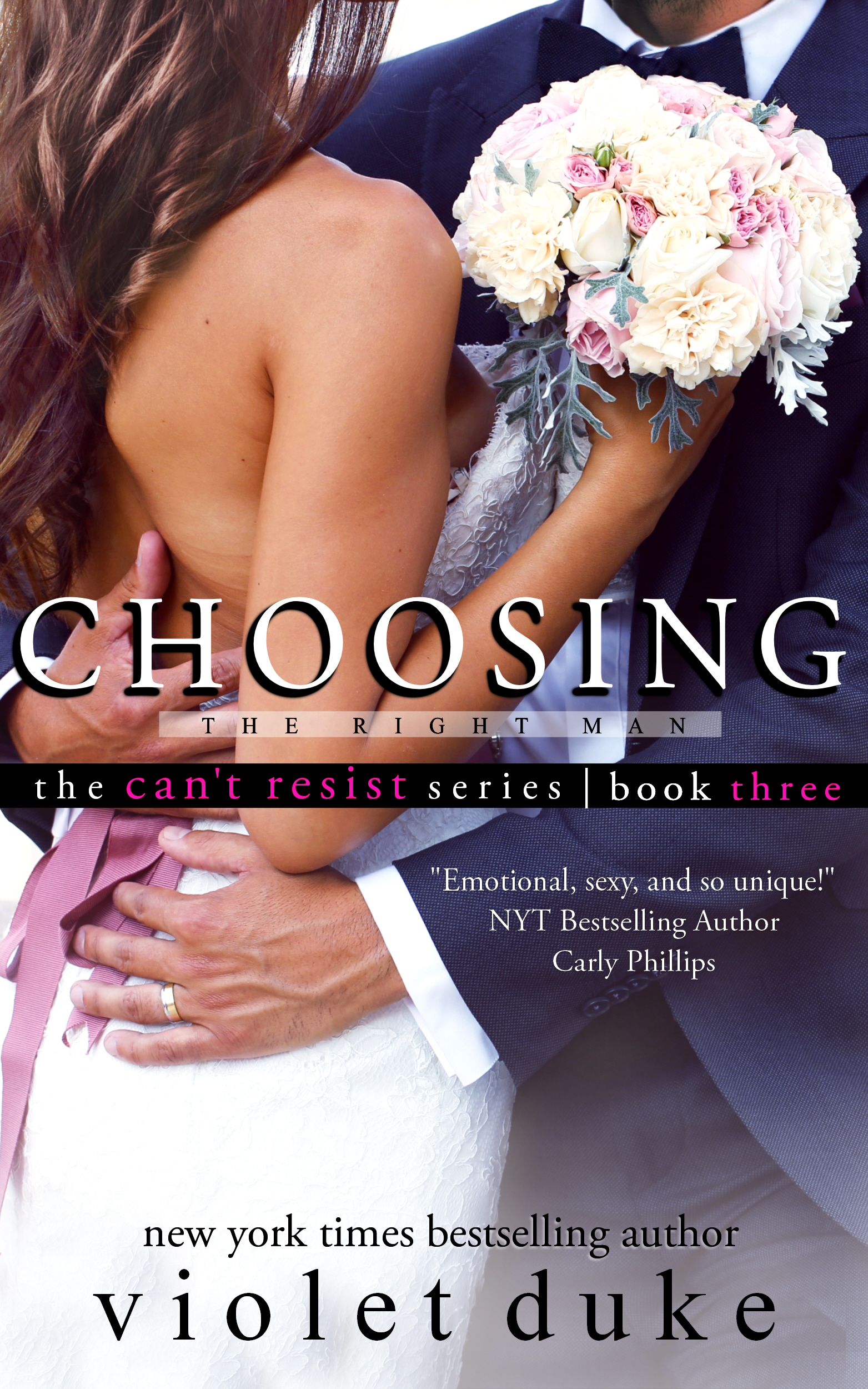 The one she never thought she could keep.

The one she never hoped she could have.

A decision she never dreamed she’d have to make.
“A unique trilogy that will take you on a roller coaster of emotions. I couldn’t put these books down!” — NYT Bestselling Author Carly Phillips

“Found my heart melting at every turn…I laughed and I cried and was put through an emotional roller coaster I wish I could ride again and again.” — Coffee and Characters 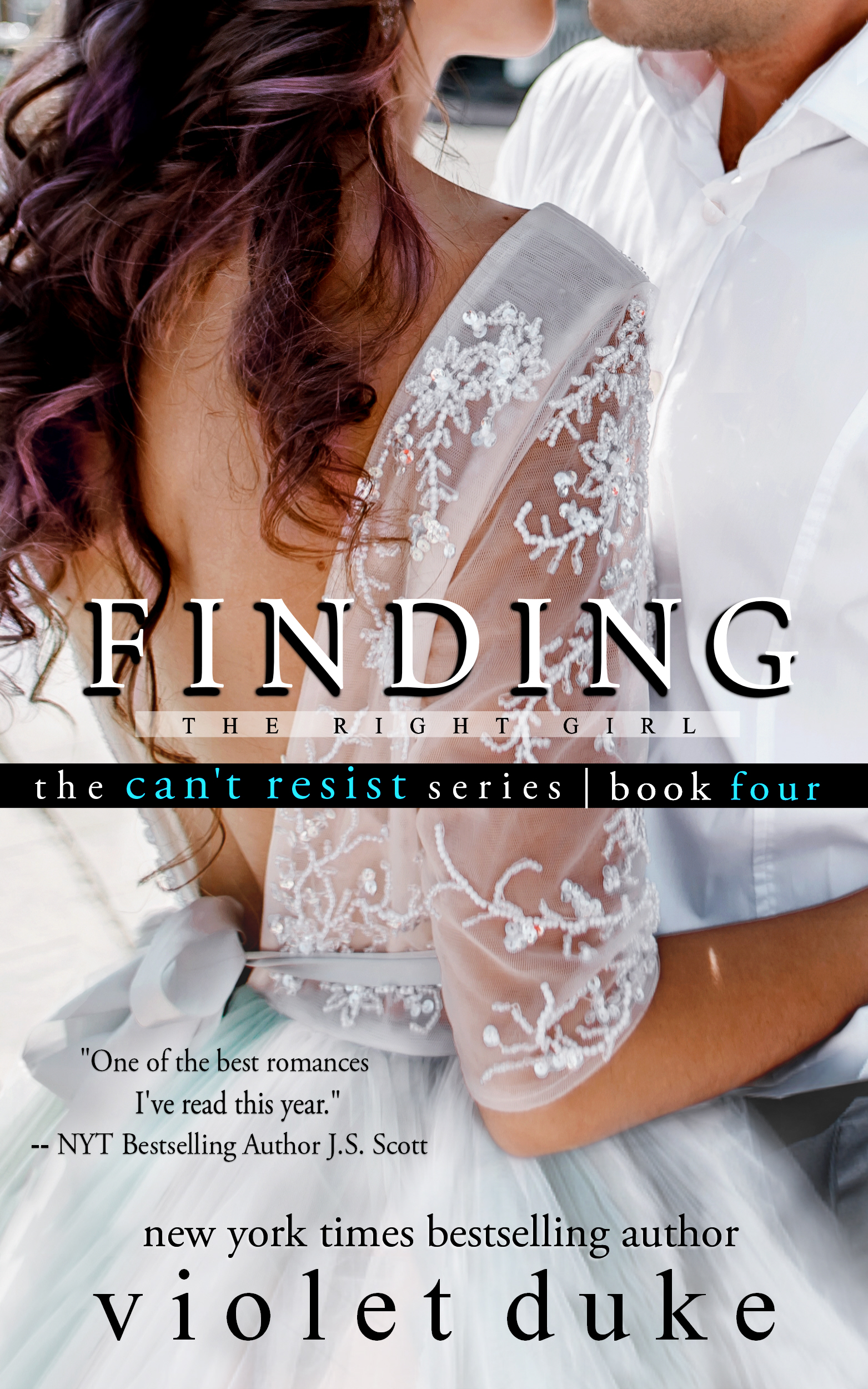 Being a single dad who’s loved and lost twice in his life, all Brian’s looking for now is something casual for a change.  Unfortunately, being the nice guy poster boy and all, he isn’t exactly versed in the fine art of flings.  So he looks to the outrageously unique and button-pushing Tessa for a crash course.
There’s absolutely no way he’s falling in love with this one…right?

Tessa has no idea why she told Brian that she was some sort of fling expert. She’s never been flung before and she sure as heck doesn’t know how to begin flinging a guy like him. Not only does the man have as many demons as she does, but he’s got her thinking of the one thing she stopped hoping for years ago.

A happily ever after.

“Emotionally charged with wonderful characters, Violet Duke made me laugh and cry in this incredible romance. One of the best I’ve read this year.” — NYT Bestselling Author J.S. Scott
“I love the way Violet weaves real life into her fictional characters, and I applaud her for tackling issues most authors wouldn’t think of using in a romance book.” — Guilty Pleasures Book Reviews
“Refreshing, engaging, sweet, and spunky all at the same time.  This book tugs at your heartstrings in those oh-so-sweet ways…definitely a keeper!” — The Naughty Vixen Blog

NEW YORK TIMES & USA TODAY bestselling author Violet Duke is a former professor of English Education ecstatic to be on the other side of the page now writing emotion-rich stories with fun, everyday characters and sweet, sexy match-ups. Since her debut series in 2013, over a million readers have put all four of Violet’s laugh & cry contemporary romance series on bestseller lists and Top 10 charts across the major eretailers, both in the U.S. and internationally.

When she isn’t feeding her book-a-day addiction, Violet enjoys doing far too many things without checking the directions first (often with outrageous power tools she has no business operating), and cooking impossible-to-replicate ‘special edition’ dishes that laugh in the face of recipes. She lives in Hawai’i with her kids (Violet & Duke) and Mr. Violet Duke (their ringleader), with a PJs-and-rubber-slippers work dress code she takes very seriously.