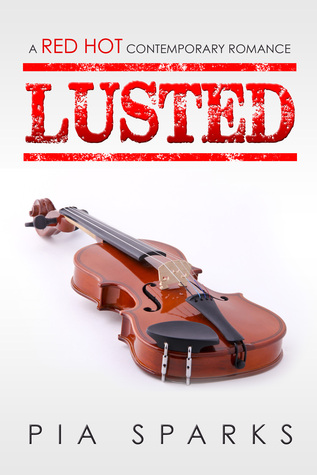 tl;dr recommendation: It made me stop. and not in a good way.

I received a free copy of this book through NetGalley in exchange for an honest review.

Here’s the synposis from the Author:

The job of her dirty dreams …
SHELTERED and anxious violist, Kylie Morris, longs for excitement, happiness, or even just a clue as to what she should be doing with her life. After losing her job with the symphony, Kylie finds herself on an interview at Lust Media-an adult publishing company. Her curiosity is captured not only by the job, but her hot, dominant boss, Benjamin Price.
But after 14 years of hard work, can she really quit playing viola to work in porn? And if she stays, even for a little while, can she handle all the kinky demands of her new boss, or will being with Benjamin shatter what little self-esteem she has left?
–
MILLIONS aren’t enough for Benjamin Price. He wants to be a billionaire, and he’s all set for expansion, but he has one major problem. It’s hard to attract the top talent when you’re still growing as a company, and you make pornography.
When his shy, new hire shows promise, Benjamin wonders what it will take to make her stay. He knows how to get women to do what he wants, but will he get snagged in his own trap to ensnare Kylie?

I began this book with high hopes. I love a good alpha male / office romance / inner female struggle; however, the 159 pages of this book felt like a lifetime. I couldn’t get invested in the characters even though they certainly have issues that I should have been rooting for them to work through. For me, Kylie has some serious issues that she never really addressed. I was screaming at her to take her goddamned medication. I wanted her to take charge of her life – to get her shit together – to pull herself through her issues, but she never really did. Perhaps she does in the next book? I sure hope so.

Benjamin was aloof and impassive – two characteristics I love – but there wasn’t enough chemistry between the characters for me. Obviously there is sex, so I don’t mean that. There was just something missing. Some deeper connection that makes them so passionate about each other that they will fight to make it work no matter what.

Although what really killed it for me was *spoiler alert* when he made the safe word ‘Uncle’. I LITERALLY CAN’T EVEN. Grumpy Cat No. Out of all of the words in the English language, the word ‘uncle’ should never be a safeword in sex. or screamed in sex. or spoken in sex. I UNDERSTAND that it was a reference to the phrase ‘crying uncle’ but that doesn’t mean it didn’t make me cringe every time I read it. While we’re on the topic of things that bothered me, can we not refer to her asshole as the Virgin Star? I didn’t like it. ughhhh, I speechless even now while I write this. It made me stop. and not in a good way.

The last sex scene actually redeemed this book for me a bit. It was well written and one of the only scenes where I felt a real connection between Kylie and Benjamin. I began to feel her become a little bit more in control and Benjamin’s honesty was incredibly refreshing. I just wish the whole book shared the same intensity and desire that transpired in those few pages.