GET YOUR COPY OF FALLEN FOR SHAME BY ANNA EDWARDS NOW!
Exclusively on Amazon!
#FREE FOR KU SUBSCRIBERS! 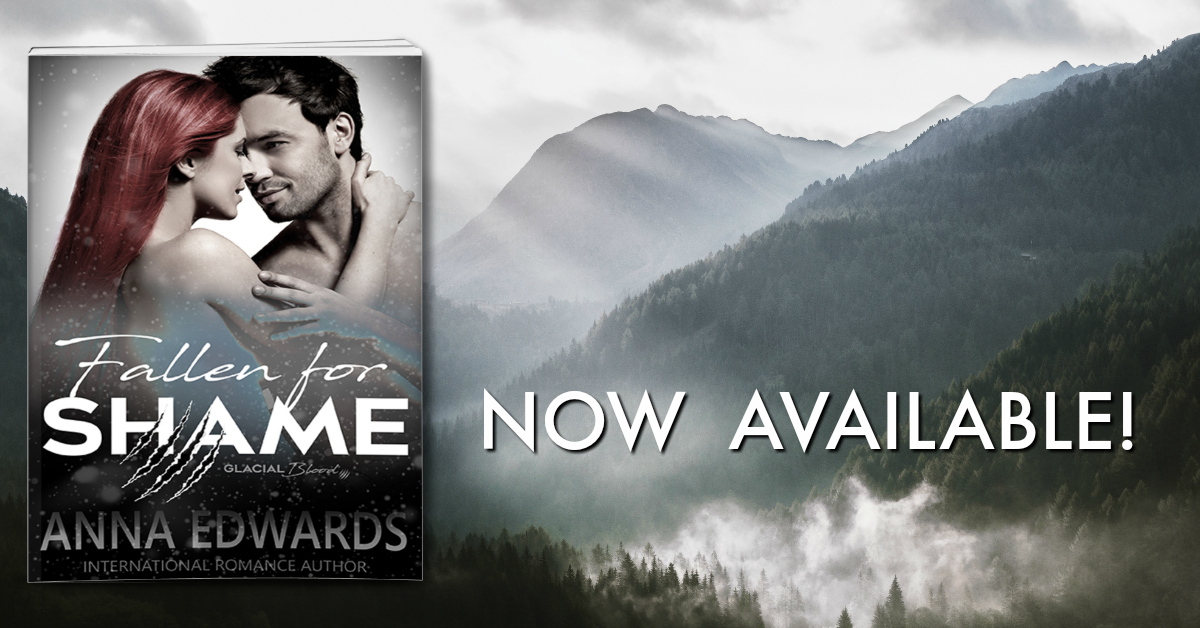 Teagan Holland left her old pack under a cloud of prejudice. Her breed, an Asiatic wild dog, considered nothing but vermin. But as the Glacial Blood Pack are about to find out she is one the kindest people they will ever meet. The accident prone dog also has a strength within her that will be needed to help stave off the now homeless Nuka Lincoln’s attempts at revenge. Will she regret taking this job?
Tyler Quinn has been a fighter for the pack since he was eighteen. He is mysterious, and nobody knows that much about why he joined them. All they do know is that he is a fantastic cook and a bit of a computer geek. Behind the man he portrays is a secret that threatens to send him on a path that he thought he had left behind. Will the white powder be his downfall?
Fallen for Shame is the third book in the highly recommended Glacial Blood Series by the author Anna Edwards. It is set in a paranormal world full of drama, suspense and great love affairs. Plus it features a secret that must never be told for fear of the consequences.
A family isn’t always blood; it’s the people that accept you for who you are.
Although book three in the Glacial Blood Series, Fallen For Shame may be read and enjoyed as a standalone.