She knows what she wants. But is he ready?

Breezy by Kelsie Rae will be here June 7!
Keep reading for an excerpt!!! 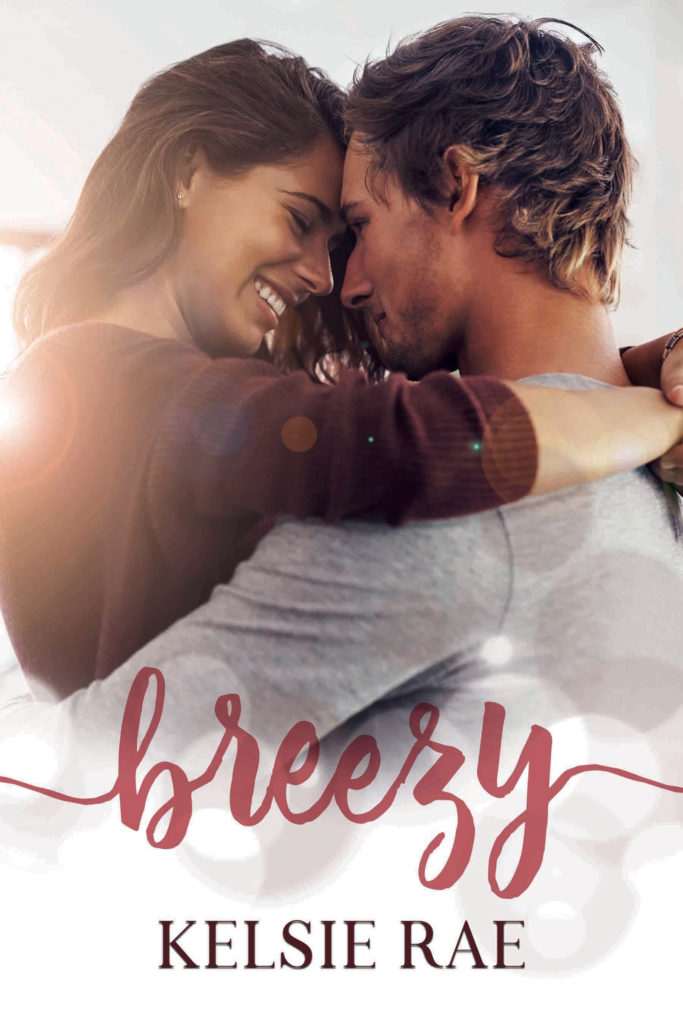 Breezy comes from a place without hurricanes, but that never stopped her from blowing in and causing chaos wherever she goes. She’s feisty, energetic, and unafraid of speaking her mind. She’s also a hot mess in need of a job.

Derrick’s used to dealing with all types of people. After all, he owns his own business. But when he meets Breezy, she impacts him harder than any storm ever could. Too bad even the gorgeous new girl in HR can’t make him break his one rule: no dating employees. Ever.

There’s just one problem. Breezy’s never been good at following directions, and her boss isn’t the only one with a serious office crush. Can the new girl convince him to throw caution to the wind?

CHECK OUT THIS EXCERPT!

“Come on, Hurricane. We have lots to discuss.”

“That’s the second time you’ve called me that today, Mr. McKinley. Any reason why?” I ask, popping out my hip and folding my arms over my chest.

“Hurricanes can be unpredictable, Breezy. They can be dangerous and are impossible to control. But they can also bring life to dying lands, giving essential water to an area that wouldn’t survive without it.”

Feeling absolutely confused, I can’t help but ask, “Have you been Googling random crap again?”

Derrick merely pushes the elevator button in answer, as I come stand beside him. He keeps glancing down at me, a secret smile firmly in place on his chiseled face.

Feeling like a fish out of water, I’m unsure how I should act right now. We left things in really murky territory, and for once, I’m letting him take the lead. His totally random pet name for me didn’t help clear anything up, either.

The elevator doors open, and we step inside. After Derrick selects the first floor button the doors slide shut, and he immediately pushes me up against the wall, his rough hands sliding into my silky tresses. Using his large frame, he advances on me until my back is firmly pressed against the mirrored walls. The reflections let me see all the different angles of our current position. I’m not going to lie, it’s a huge freaking turn on.

Before I have a chance to mutter a single syllable, Derrick’s mouth hungrily claims my own. This kiss is the exact opposite of our innocent peck in my parents’ kitchen. What had been a mere taste before is the opposite of how he’s kissing me now. Derrick devours me with his lips. Biting. Licking. Sucking. Consuming me from the outside in. I’m breathless by the time he pulls away and rests his forehead against my own. I breathe heavily as I attempt to catch my breath, my chest brushing against Derrick’s due to our close proximity. It’s as if he’s sucked all the oxygen from the tiny space, holding it hostage.

“What the hell was that?” I ask, laughing dryly.

“That was me finally growing a pair, as you so eloquently like to say.” He smirks, his blue eyes smoldering. “I haven’t been able to stop thinking about you since Sunday. I was in meetings all day yesterday and didn’t have a chance to catch up with you until today. As soon as I saw you, I couldn’t help myself.” The elevator dings, announcing our arrival on the first floor, bringing me crashing back to reality.

ADD BREEZY TO YOUR TBR → http://bit.ly/2whxMKo 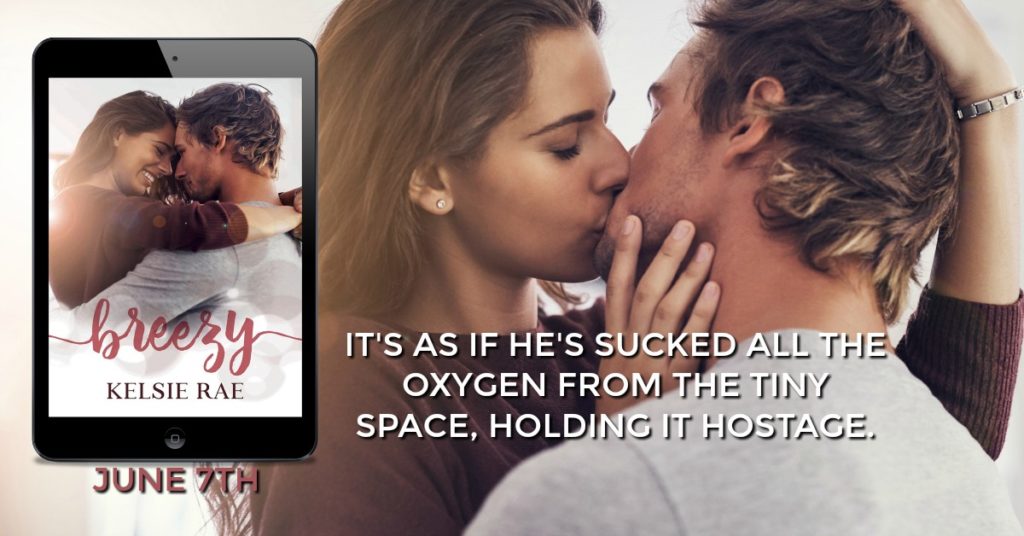 Kelsie prides herself on writing straight from her own heart, which is how she fell into sweet contemporary romance. She’s a sucker for a love story with all the feels. When she’s not chasing words for her next book, you will probably find her reading or, more likely, playing with her “monsters”.

She adores chocolate, photography, baking, chick flicks, and running. And now that she’s actively pursuing her writing dreams, she’s set her sights on someday finding the self-discipline to not eat an entire batch of cookies in one sitting.