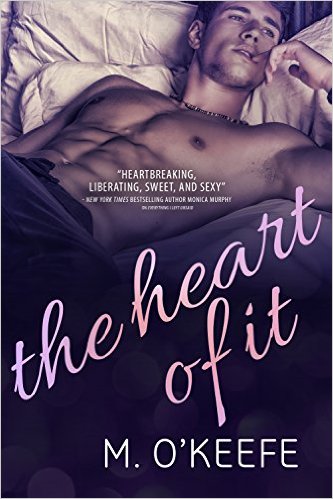 Blurb:
On the outside rich and successful Gabe Paterson has everything.
No one would guess the ghosts from his past are tearing him apart.
Desperate, he reaches out to Elena – a resilient call girl, with her own childhood scars – for help.
In their moments of honesty, the two forge the most surprising relationship of their lives.
But will they be brave enough to make it into something more?
Review:
The Heart Of It is heartbreakingly breathtaking. I wasn’t expecting such a deep story from a novella, but then again, I should have known better because this is Molly O’Keefe who has a habit of taking me off guard with a story full of characters I probably shouldn’t love but who take my heart anyway.
Gabe is living a lie – well, he’s only lying to Elena, his escort…his prostitute. The woman that he pays to spend time with; who he pays to pretend that every lie is the truth. She plays the part well, she sucks in his falsities like a cold drink on a hot summer day. She lets him be someone else so that he can try to shed the person that he really is.
What Gabe doesn’t realize is that while he thinks that Elena is saving him, he’s really saving her too. He’s not the only one who needs to be enlightened and needs to figure out what to do with…well, LIFE.
There are so many complexities to this story that are fully developed despite the page count. O’Keefe takes your hardened heart and splits it right open. The Heart of It made me smile and cheer when it ended sweetly and exactly how I wanted.  4.5 stars!
[I received an ARC of this book in exchange for an honest review] 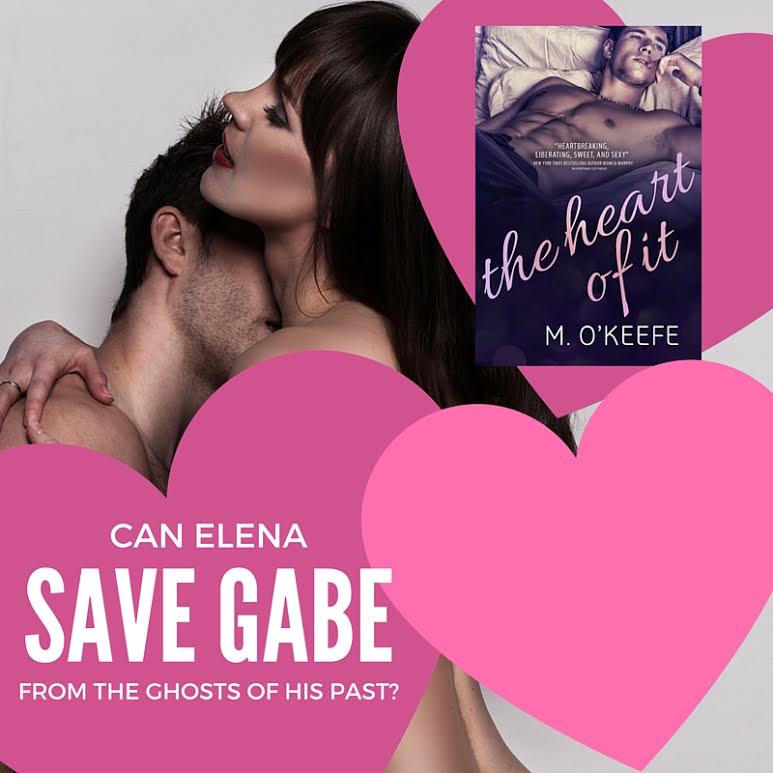 “She slipped her hand into his, curled the back of it against his palm like some warm trusting thing, and his body exploded into physical life. He felt his blood vessels, the blood thudding through them, the twitch of his hamstrings. The ache of his lungs. He felt all of it. All of himself. In the presence of her.
“Mike?”
He lifted his eyes to hers, a starving man, helpless under her brown gaze. No doubt he was revealing all of his desire. No doubt he was practically drooling.
Mike. Right. That’s me.
Before he could say anything she leaned forward and short-circuited his brain with the warmth of her cheek inches from his. “Would you like to go downstairs?” she whispered in his ear. “To my room?”
Excerpt From: Molly O’Keefe. “The Heart Of It.” iBooks.