1 in every 68 children is diagnosed with Autism. 1 in every 42 Boys

The LIFT Campaign is a charitable initiative rallying the romance reading community around Autism Spectrum Disorder (ASD) families in April, Autism Awareness month. Experts estimate that many ASD families spend up to $60,000 out of pocket each year on medical and therapy expenses. This year we’re raising funds to assist families struggling to manage these staggering costs. All profits go to the family scholarship program of Talk About Curing Autism (TACA).

The online auction is LIVE! There are too many items from authors and bloggers up for bid to list here, but we have full signed collections from some of your favorite bestselling authors. We have non-book items like Kindle Paperwhite, Amazon Echo, VIP Tickets to the Mile High Denver author signing, and so many other goodies! So start bidding while doing good!

Even if you don’t want to bid, you can still make a tax-deductible donation to the scholarship program through our efforts HERE! A special thank you from Lisa Ackerman, 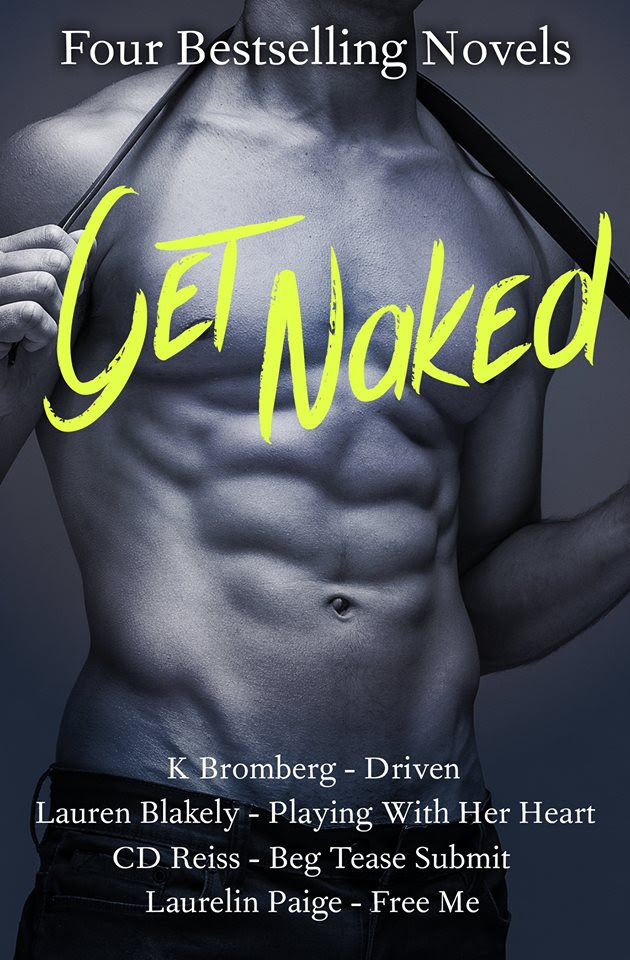 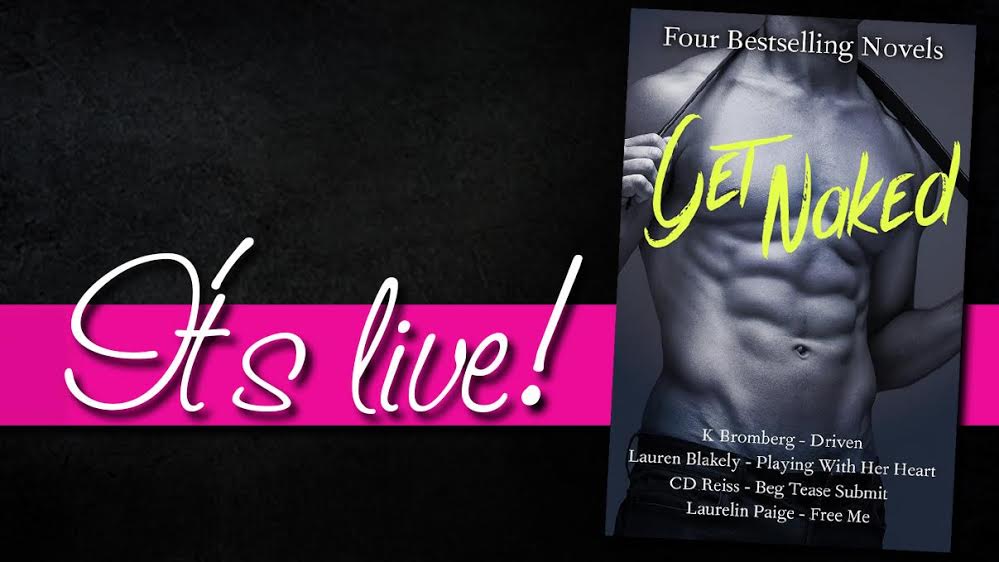 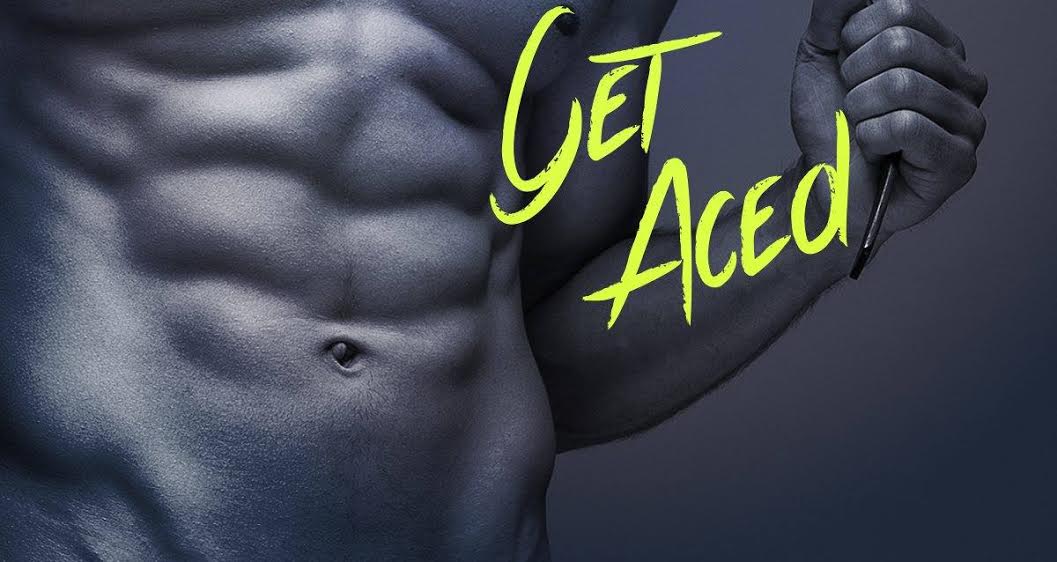 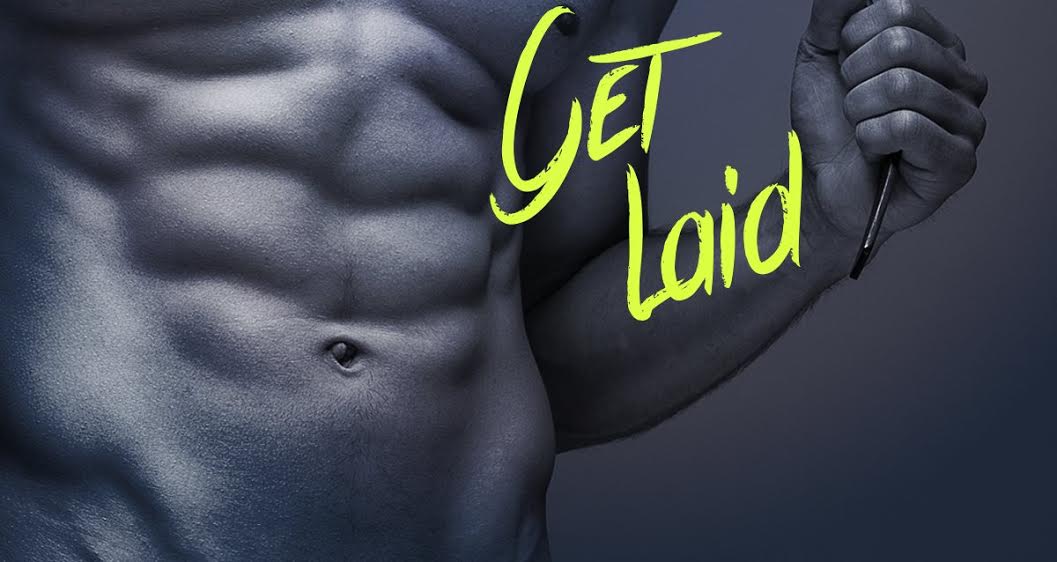 Did you know I’m giving away TWO COPIES of Get Naked?!

Well, I am. I’m doing it tomorrow. And so far, there’s like ZERO entries (reason number seven thousand why I hate facebook). Of course, this means that you have an amazing change of winning.

AND it’s all for charity!

SO GO AND ENTER HERE

**All proceeds will be donated to the Ronald McDonald House**
PRE-ORDER NOW!

It’s the release day launch for Hearts in Danger a box set of fourteen romantic thriller that will benefit the American Heart Association!! Grab your copy and enter the fantastic giveaway today!

Here’s a bit more about the book…

Accidental SEAL by Sharon Hamilton: Newbie Realtor Christy Nelson holds her first Open House but is given the wrong address, and finds a hot naked SEAL in the master bedroom.

Pick Your Poison by Roxanne St. Claire: Meet Benjamin Youngblood – he’s sexy, smart, spectacular and … about to lose his job for the best security firm in the world. He’s got one chance to prove himself and nothing will stop him. Not even a flower farmer.

Protective Custody by Paige Tyler: Someone is stalking reporter Paisley McCoy, and police detective Gray Beckham is the only man who can protect her. And while she might be sexy as hell, there’s no way he’s going anywhere near the captain’s daughter.

SEAL’s Honor by Elle James: Two Navy SEALs jeopardize their lives and hearts in a battle-torn land when they vie for the love of one sexy Night Stalker helicopter pilot.

Against The Dark by Carolyn Crane: Angel is an ex-safecracker forced into one last heist. Cole is an undercover agent with big plans for his gorgeous thief—he’ll make her pose as his girlfriend to help with a dangerous mission.

Hidden Prey by Cheyenne McCray: Tori is in the wrong place at the wrong time and witnesses the execution of a Federal agent by the son of the head of the Jimenez Cartel. Special Agent Landon Walker rescues Tori and sets out to protect her, but soon protecting her isn’t enough.

Dangerous Curves by Nina Bruhns: A spec ops transporter for STORM Corps takes on drones, bad guys, and car chases on the coast of Italy—and falls for a beautiful scientist whose curves are far more dangerous than the road!

Deadly Pursuit by Misty Evans: When Londano escapes a maximum security prison and begins picking off Celina’s friends and coworkers, everyone she knows becomes a target. Including DEA agent Cooper Harris, the man who once broke her heart and is now assigned to be her bodyguard.

Protecting Caroline by Susan Stoker: Caroline helps foil a terrorist plot when she finds herself on a plane that’s hijacked (with the help of three members of a SEAL team), but after she gets home she finds herself still in the sights of the terrorists. She can only hope Wolf and his team will be able to save her in time.

One Night Stand by Parker Kincade:Amanda Martin decides to have a one-night stand. No relationship, no promises just hot, indulgent sex. What she doesn’t anticipate is meeting a handsome-as-sin stranger who gives her pleasure unlike she’s ever known. A stranger with a deadly secret.

Brody by Mandy Harbin: Brody thinks the skittish Xan is sexy as hell, but it’s not her hot body that has him rocked to his core. He knows her from somewhere, and in his line of work, that’s a dangerous thing. Following orders have never been this hard, but when he finds out she’s his next assignment, he will protect her at all costs.

Enemy Mine by Megan Mitcham: Born in the blood of Sierra Leone’s Civil War, enslaved, then sold to the US as an orphan, Base Branch operative Sloan Harris is emotionally dead and driven by vengeance. With no soul to give, her body becomes the bargaining chip to infiltrate a warlord’s inner circle.

Caught in the Crosshair by Barb Han: On a tropical island with a hurricane brewing and dangerous men closing in, private security firm owner Jaden Dean will need to work side-by-side with Lauren James to survive and find her brother. He will have to use all his specialized training and risk everything, including his heart, to outwit the deadly group and keep Lauren safe.

An amazing group of authors have agreed to donate a portion of their May 2015 books sales to the Keith Milano Memorial Fund at the American Foundation for Suicide Prevention (AFSP).
The Keith Milano Memorial Fund was established to help raise awareness about the devastating and deadly disease that is mental illness. Our hope is that by having the strength to say that Keith was “Bipolar” we can strip away the stigma.
If anyone wishes to make a direct donation to the Keith Milano Memorial Fund they can do that HERE.
Our goal is to raise awareness about mental illness and to get people talking…..
Suicide is the second leading cause of death for ages 10-24; the US loses 22 Vets a day to suicide, more than they lose in combat; there is one death by suicide in the US every 13 minutes. These statistics are scary but together we can work to make a difference!
Here is a list of the participating authors and books – EACH BOOK IS LINKED FOR YOUR CONVENIENCE!
This year the event will also include an online auction and author takeover over 4 amazing days!! We hope that you will join us for not only some great auction items but to have an opportunity to speak with participating authors during an epic author take over event.

Please join us on Facebook HERE
In addition to all of these great things, thanks to the amazing design skills of author SJD Peterson, we also have custom t-shirt for sale, which part of the sales will also benefit the Keith Milano Memorial Fund. 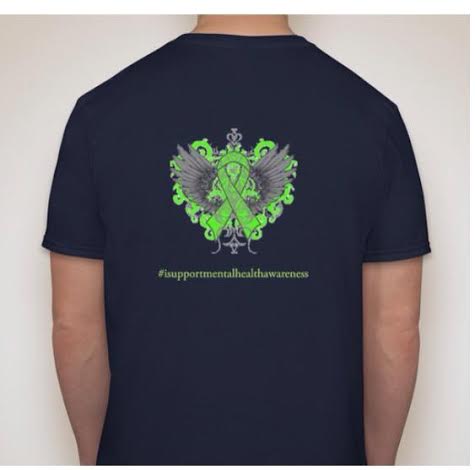 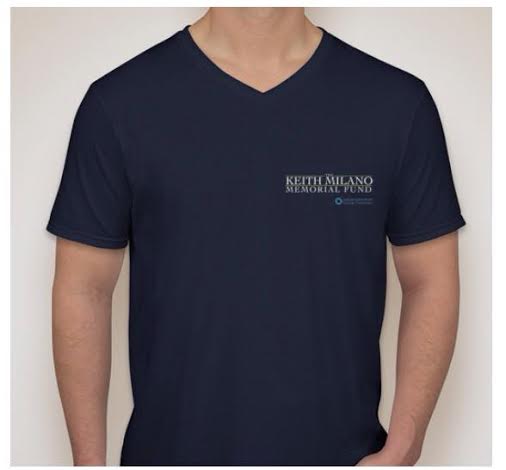 Personal Message from Denise Milano Sprung: When Keith passed away, I made a promise to myself that he would not go quietly nor would he be forgotten. It is with the help of all of you that 10 years later, I am able to keep this promise and most of all to be able to help others who may be suffering in silence.

Thank you does not seem like enough. So please know that from the bottom of my heart to the depths of my soul, every one-click of these books helps others and continues to reduce the stigma that is associated with mental illness. THANK YOU for all you do and for spreading the word and for opening your hearts to help others.

Fund information:
Keith Milano Memorial Fund
140 Adams Ave Suite B-12
Hauppauge NY 11788
www.keithmilano.org
https://www.facebook.com/keithamilano
@MilanoFund
direct donation http://bit.ly/MilanoFund
#isupportmentalhealthawareness
The Keith Milano Memorial Fund benefits the American Foundation for Suicide Prevention (AFSP). http://www.afsp.org/
Donations at the end of the May Mental Awareness Event will be made by the authors directly to The Keith Milano Memorial Fund at AFSP. Keith’s fund is a self-directed memorial fund. 100% of the money is spent on programs and research programs selected by the Milano / Sprung family
For examples of programs: http://www.keithmilano.org/#info
AFSP is the only national not-for-profit organization exclusively dedicated to understanding and preventing suicide through research and education, and to reaching out to people with mood disorders and those affected by suicide.
AFSP is a fully accredited 501(c)(3) tax-exempt organization incorporated in the state of Delaware with primary offices in New York City. Federal tax ID # is 13-3393329. AFSP’s Combined Federal Campaign (CFC) number is 10545.
All donations to AFSP are tax deductible.

The last week of LIFT is here! What an amazing ride the last month has been, raising awareness, acceptance and action on behalf of families living with Autism.

And if you missed the LIFT t-shirts, there’s still a chance! Reserve yours in our “round two” LIFT order today! Don’t be left out when we have LIFT selfie day! This week’s MegaGiveaway highlights and benefits Autism Speaks, the largest Autism organization in the world, fighting for research, legislation and services for ASD families.

And our LIFT “anchor” authors, bringing it home this last week with amazing prizes:

Week 3 of LIFT doesn’t let up! We have such incredible donations from amazing authors this week.

If you missed the LIFT t-shirts, there’s still a chance! Reserve yours in our “round two” LIFT order today! Don’t be left out when we have LIFT selfie day!

Thank you to the generous authors donating!

More than 50 authors are banding together this month, donating their great work, and increasing awareness and acceptance for those living with Autism.

The Rafflecopter is loaded with e-books, signed paperbacks, swag and gift cards from these amazing authors! Make sure you enter!

We are highlighting The Autism Society this week. With more than 50 years of service to the autism community, they are one of the nation’s leading grassroots autism organization. Please consider supporting their efforts!

April is Autism Awareness month, and the romance reading community is celebrating!

1 in 68 children is diagnosed with Autism every year, making it the fastest growing and one of the most prevalent developmental disabilities. Authors Ginger Scott and Kennedy Ryan have organized a MegaGiveaway called LIFT featuring more than 50 authors to raise awareness and acceptance! Each Monday in April, a new rafflecopter will go live, loaded with e-books, audio books, swag packs, signed paperbacks and gift cards from these amazing authors doing their part to LIFT4Autism. (scroll down for this week’s rafflecopter!)

And there’s LIFTWear – 4 styles to choose from! All proceeds from the LIFT t-shirts will go to a national autism organization. Order t-shirts HERE until MONDAY, APRIL 13!