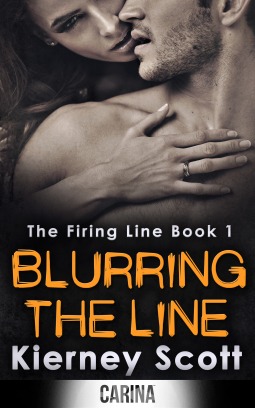 tl;dr recommendation: hot, rough, dangerous and intense. This is a good read!

When DEA agent Beth Thomson recruits ex-soldier Armando Torres as an undercover agent, she knows she has hit the jackpot.

He will infiltrate ‘Los Zetas’, one of Mexico’s deadliest cartels, and expose their drug-running into the USA. In turn, she promises to turn a blind eye to him finding and killing the rival cartel member who shot his best friend. Beth is good at overlooking the gruesome details of her job; her focus is the bigger picture – nailing ‘El Escorpion’, the mysterious and most-wanted leader of the ‘Los Treintas’ gang.

Torres soon climbs the cartel ladder, and has the tattoo markings to prove his loyalty. So when a secret meet with Beth goes wrong, his cover is strong enough for him to save her from his fellow gang members. His silence hints at the horrors he has performed to get him where he is, and his brutality and strength both scare and arouse Beth simultaneously. The heat between them is unprofessional and yet undeniable. But has he gone rogue? Can Beth trust him to put her mission before his own revenge? And can she trust herself with him?

I don’t know what I was expecting going in, but holy shit, this was a fun ride! Keirney tells a dirty, dangerous and rough story of two agents who find themselves in a crazy situation and an even crazier one as they begin to develop feelings for each other.

Deep undercover, Armando Torres has worked his way up in the drug cartel known as Los Zetas. Beth shows up a little too earlier for a meeting and Torres is forced to claim her as ‘his’ in order to save her from rape or worse. But now she’s been marked as a potential target. Can Torres keep her safe?

Beth is super uptight and frankly, a little crazy. But it’s a good crazy. She likes order, lists, peanut butter and M&Ms, and I can totally relate. I really liked her. Her lists and color coordinating help calm the crazy that goes on inside her mind that is otherwise filled with guilt and confusion over, god….the girl has some serious guilt issues.

She’s pretty sure she’s faking her way through life (CAN’T WE ALL RELATE TO THAT?!), and even though she has a prestigious job, she’s really not happy. Getting close to Torres totally throws her off her game, especially because she does NOT trust. ever. anyone. But she can’t stop her attraction to this big, scary looking man who is otherwise considerate, sweet and fucking awesome with his tongue. #yesplease.

Torres isn’t sure what he’s doing with Beth. He doesn’t know why he’s so drawn to her at first, but he knows that he can’t stay away now that he’s had a taste. He says he’ll do anything for her, but will he give up his need for revenge against the man that killed his best friend for her too?

As the two get closer, the sparks fly and control is lost. Turns out, Beth likes it a little rough. YES. GET IT GIRL. I really loved these two together and that cliffhanger gave me major sadface. This is pretty different than what I usually read, and I loved every minute. I NEED MORE! MUST GET BOOK 2!!!!

[I received a free copy of this book in exchange for an honest review – thank you!]