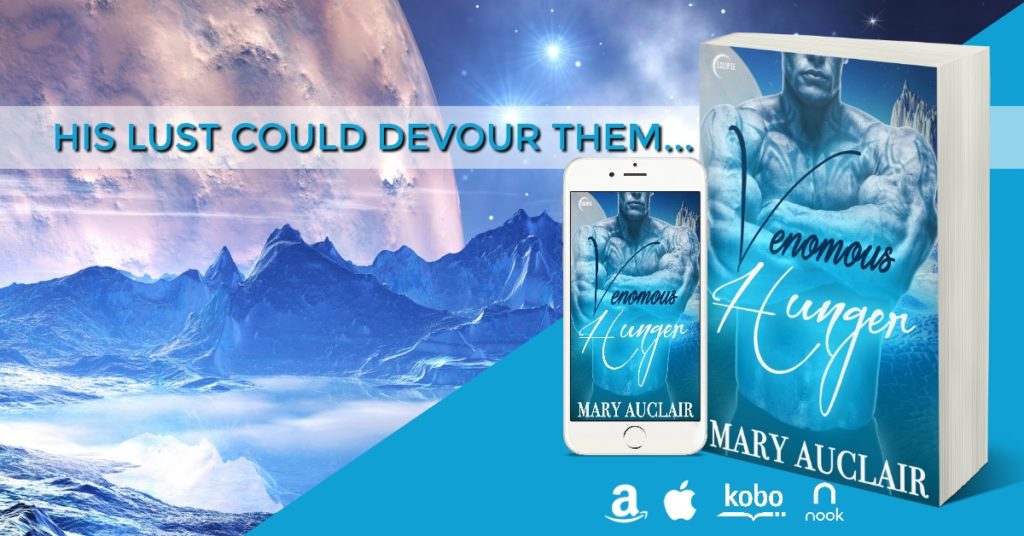 A rescue mission. A quest for survival. A scorching hot battle of competing desires.
Check out Venomous Hunger by Mary Auclair today! 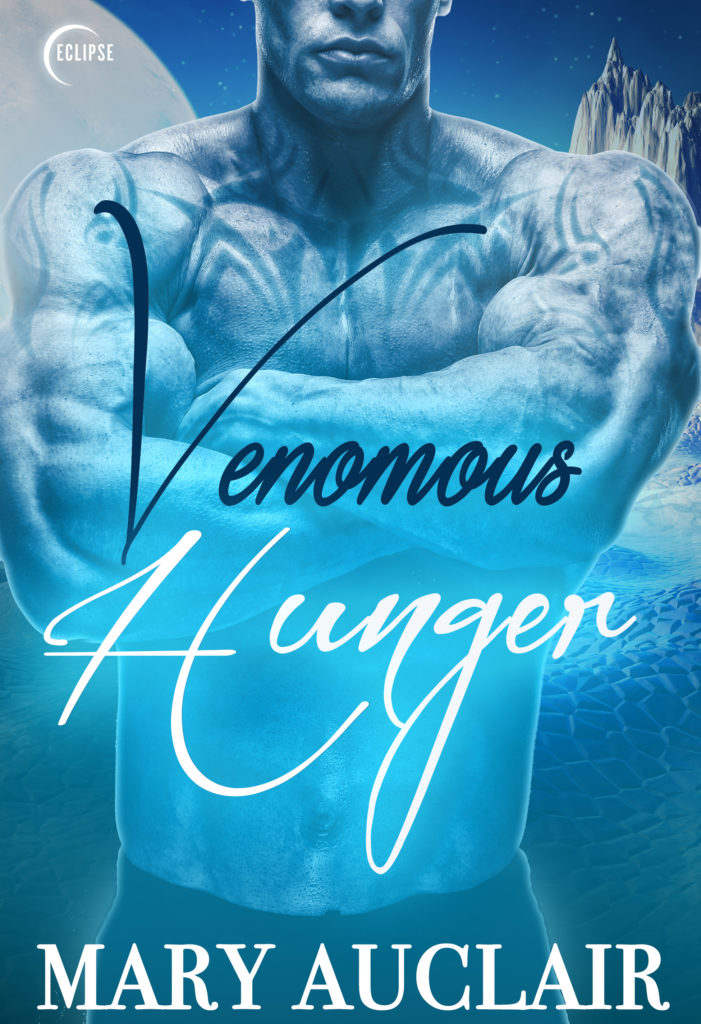 His lust could devour them.
Her love will free them both.

After being left for dead by her people, Aliena wakes up under the care of alien pirates. She escapes, only to be captured by a creature straight from her darkest nightmares, bent on the destruction of everything she holds dear.

An Eok warrior turned outlaw, Kamal is one to be reckoned with. He is on a mission for the Eok nation, and his only goal is to find and save the humans before he can return to his old life. He has no intention of allowing a headstrong human female to get in his way.

As Aliena embarks on a mission to rescue her uncle from Minister Knut’s clutches, Kamal is at a crossroads. If he chooses to help the human, the price might well be his own life.

When the Mating Venom unleashes its torment, Kamal has to decide. Will he change his ways and claim Aliena’s heart, or is the life of an outlaw too hard to leave behind?

Publisher’s Note: This steamy, thrilling sci-fi romance is the second in the Eok Warriors series, however it can be read and enjoyed as a standalone. 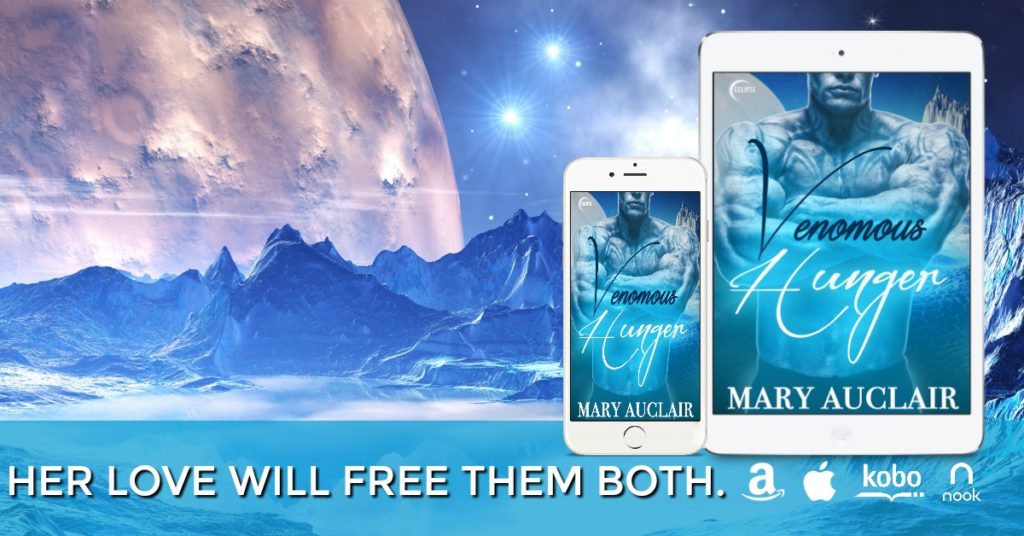 Mary grew up in the quiet peace of a small rural village in the heart of Quebec, Canada.

She spent her childhood chasing butterflies and catching frogs, playing in the mud and generally being as unladylike as she could. Her love of science led her to complete a mechanical engineering degree at the Ecole Polytechnique of Montreal, where she met the love of her life.

​Years later, as she enjoyed the role of full time mom to her two wonderful children, she decided to pursue her dream of becoming a writer.

​She now write as much as her busy schedule allows to bring to life her inner world, filled with exotic planets, mysterious creatures and off course, hot, alpha heroes and the women who melt their hearts.

When she’s not writing, she can be found in the garden, walking her dogs or playing with fire in her kitchen as a part time hit-or-miss chef.

She loves to hear from her readers, so don’t be shy and drop her a line!