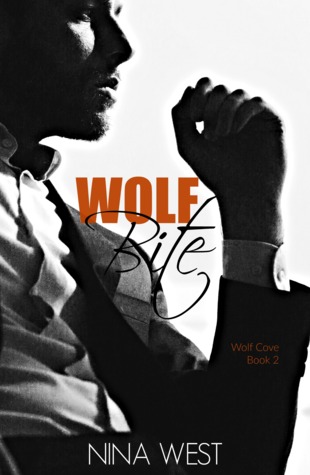 tl;dr recommendation:  I’m all fucking in when it comes to this series. Nina writes a teasing, sexy and sultry book without being scandalous. 5 stars.

Isolated in the luxurious Wolf Cove Hotel in Alaska, Abbi Mitchell is thousands of miles away from her family and friends.

In the hands of a predator. Potentially.

After discovering condemning information about the mercurial man who controls her day-to-day work life and, now, her most intimate private life as well, Abbi’s not sure she can continue on with… whatever is going on between her and Henry Wolf. Especially when he’s about to be thrown into a fiery media circus ring, and she, along with her reputation, will undoubtedly get dragged into it with him.

But breaking things off with the Big Bad Wolf now likely means losing her job and her summer of freedom, and going back to the farm and her controlling mother.

She’s not doing that.

Abbi does have something to hold over Henry’s head. If he forces her hand. If she has the guts to do what amounts to blackmail.

But will the all-powerful Henry Wolf concede, or will she finally feel his bite?

Wolf Bite is Book 2 in the Wolf Cove series and should be read after finishing Wolf Bait (Book 1).

This book flat out turned me the fuck on. It’s the second in the series, so you need to read the first one, but really – it’s worth the investment. This review is going to be hard as hell to not spoilerize, but I’m going to give it my best shot.

Nina teases us with some of the hottest sex scenes I have ever read. This is a no joke, emergency vibrator situation. With the amount of sex that I read I sometimes get a little desensitized to it. It becomes clinical. It loses the shock value. NOT THIS BOOK. I was so built up and full of sexual tension that I grabbed my husband after a very specific truck scene and looked around for the nonexistent third guy that was going to live out this fantasy for me. When he never appeared I decided my husband would have to do. And he most certainly did.

But back to the book. Henry Wolf is a dick. We knew this from book 1, but we’re getting to know this even more in book 2. However, he’s a dick that’s completely infatuated with Abbi Mitchell. He’s under a teensy bit of other stress insomuch that his slimy brother is trying to squeeze the resort, Wolf Cove, from his grasp and an ex-paramour is trying to sue his ass, making false threats of forcible sexual assault. There’s a lot going on.

Nina builds the tension in this book masterfully. I actually was questioning whether I even wanted Abbi to get back together with Henry – and that’s HUGE for me. Not because I disliked him, but because goddamnit, I fucking loved everything else about this book. I should note that I usually hate it when the heroine sleeps with or messes around with anyone else even when she and the Hero aren’t together. Welp, throw that requirement out the window. I’m all fucking in when it comes to this series. Nina writes a teasing, sexy and sultry book without being scandalous.

I loved the ending, even though it anticipates a book 3. There’s no huge cliffhanger, which I thanked the Sex Gods for, because the entire book was a goddamn cliffhanger. Be prepared to be addicted. 5 Stars.

Release Day: We Were Here by Daisy Prescott