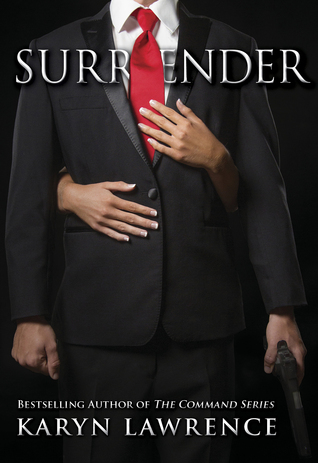 tl;dr recommendation: This book has plot for days and characters with secrets and passion you fall in love with. 4.5 stars!

The most dangerous thing on Captain Olivia Wallace’s plane is her Italian employer’s new bodyguard. Nathan is just like all the other predators in the deep brush of South Africa: he’s powerfully intense, strikingly gorgeous, and completely lethal.

But Nathan isn’t who he pretends to be and she’s drawn to the decent man she sees inside, the one he claims doesn’t exist. Even as he risks everything he has to save her.

His actions put them on a collision-course with uncontrolled passion, but also dangerous violence, and its impact threatens to destroy so much more than just their lives.

Holy hotness, people. This romantic suspense story will hold you captive. Oliva is one bad-ass chick who I would love to have on my side. She’s not exactly sure what to do with the attractive and intense new bodyguard/translator, Nathan, who her bosses have added to her flight list. Olivia’s a personal pilot to some unsavory characters. She’s not interested in their illegal activities, she’s interested in the legal money she is making in her position.

But she can’t fight her attraction to Nathan – even though she doesn’t do relationships. She has, pun intended, too much baggage. And, well, he’s shit at fighting it, too. Nathan’s a CIA operative, working undercover to attempt to dismantle a terrorist group. Olivia is a distraction – an incredibly beautiful, enticing distraction. One that he’s never had before in any other mission.

When they give in to their desires, it’s clear that they’re going to want so much more. I was loving their relationship. It’s not based on a lot of internal drama between them – which is great, because there’s a shit ton of drama that’s surrounding them. Olivia is so very stubborn, but Nathan can see below her mask and he’s determined to find a way to lift it completely.

I loved this story line & the characters. The sex is also fantastic. They were meant to fit together in every.single.way. There are a lot of sweet and romantic moments that made me giddy and smile. These characters are great together.

Danger, suspense, a CIA operation complicated by a an attraction so intense your skin will burn. This book has plot for days and characters with secrets and passion you fall in love with. 4.5 stars!